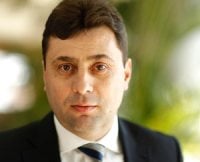 A student of London Business School has been crowned Entrepreneur of the Year in Romania.

The award was given to Teofil Muresan, who is a Sloan 2012 and the founder and CEO of Electrogrup.

After being given the nod by Romanian business newspaper Ziarul Financiar, investment fund Enterprise Investors, BCR-Erste Bank, PwC and the Triple Helix Foundation, Mr Muresan revealed that courage, flexibility and teamwork were the key to his success in business.

He went on to say: "In my opinion, even if we cross a very difficult period, business owners should continue investing in human resources."