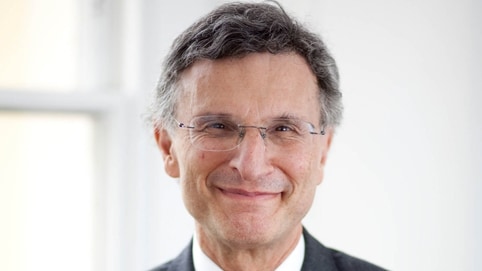 Complacency is the main threat to any organisation, public or private, particularly when things are going well, according to Sir Andrew Likierman, Professor of Management Practice in Accounting at London Business School (LBS).

Reflecting on his eight years (2009–17) as Dean of LBS, Sir Andrew admitted that everyone getting a little too comfortable was one of his biggest fears.

“Even when we are number one in the rankings and doing fantastically well, there is always something to improve. If you’re not constantly striving for better, you’ll soon slip in relation to others.”

The sentiment is echoed by former British chancellor Lord Darling, who warned of complacency when talking about the UK financial system on BBC Radio 4’s Today Programme in August 2017.

Darling said that while the financial system was safer 10 years on from the global economic downturn, the rising level of consumer debt in the UK economy gave cause for concern.

Brexit, the pound’s diminished value, rising inflation and slower growth in house prices are weighing on the UK. But Sir Andrew, who became Dean in the midst of the financial crisis, believes it should be seen in context.

“If you look at the past 250 years, this is not the first financial crisis and it won’t be the last,” he said. “One tends to think of every downturn being the worst when in the middle of it. But in the UK we’ve had the Great Depression of the 1930s and the 1973 oil crisis. Before that, there was the agricultural depression of the 1880s and the banking crisis of 1866, with lots more smaller ones in between. Each was succeeded by an upturn, so history tells us that the bad times won’t last for ever.”

On a personal level, Sir Andrew experienced highs and lows as Dean of LBS. His highlights include developing degree and Executive Education programmes and raising £125 million through the School’s first ever comprehensive fundraising campaign. More teaching space was secured with long leases on Sammy Ofer Centre (formerly Marylebone Town Hall) and the neighbouring Royal College of Obstetricians and Gynaecologists.

Sir Andrew said: “The fundraising was critical in helping us to achieve what we wanted. Without funding you can’t get more space and you don’t have the resources to do new things. It’s also difficult to attract the best faculty or to match other business schools when it comes to offering student scholarships.”

The biggest low came at the start of Sir Andrew’s deanship, when redundancies were necessary to rebalance the School’s books.

“The School’s financial position had become unsustainable, as our cost base expanded. For the previous years we’d operated on the basis that revenues would continue to rise every single year, but that didn’t happen in the aftermath of the financial crisis,” he said.

“It was pretty traumatic for everybody, but we had no choice. I hope it’s something we never go through again.”

That tough decision helped stabilise the School’s finances within six months, allowing Sir Andrew to focus on the School’s ambitious long-term vision of making a profound impact on the way the world does business.

Sir Andrew stepped down in July after helping consolidate LBS as one of the world’s top business schools. He is delighted that his first teaching as a faculty member is in the same Sammy Ofer Centre that he helped secure during his tenure.