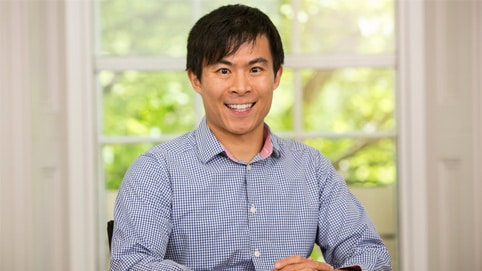 The UK Government is today expected to release a Green Paper outlining proposals to reform executive compensation, as part of Theresa May’s objective to create a “country that works for everyone”. One London Business School professor has contributed to an influential report using both academic evidence and practitioner insight to guide the Government on how best to achieve these objectives.

Alex Edmans, Professor of Finance, London Business School, is a contributing author to The Purposeful Company’s interim report on executive remuneration, cited by the BBC among a growing number of “powerful contributions” to the current debate on corporate governance reform.

The Purposeful Company, established by the Big Innovation Centre in 2015, is developing innovative policy proposals to encourage firms to pursue long-run purpose rather than short-run profit. Professor Edmans says: “One of our hallmarks is our grounding in academic research. The word “academic” does not mean “not practitioner”. Instead, it implies the use of large-scale evidence, rather than anecdote, and rigorous analysis to distinguish causation from correlation.”

While most of The Purposeful Company’s proposals will be released in the new year, the executive compensation report was released on Friday given the immediacy of the debate. The report recommends a major shift away from complex formula-driven bonuses towards the simple instruments of cash, long-vesting equity, and long-vesting debt.

“The current political environment, particularly in the light of Brexit, often focuses on pie-splitting: reducing another’s slice of the pie to increase one’s own. Our goal is to incentivize executives to build a larger pie, benefiting both shareholders and society,” argues Professor Edmans.

The report argues for a significant lengthening in the vesting horizon of equity, to five-seven years, to tie the executive to the long-term and discourage short-term manipulation. “Critics argue that the stock price only measures shareholder value” Professor Edmans notes. “But, these concerns are only true for the short-term stock price. There is substantial evidence that the long-term stock price takes into account the stewardship of employees, customers, and the environment.” The report cites one of his own studies showing that firms that treat their workers well, beat their peers by 2.3-3.8% per year over a 28-year period, and another of his studies demonstrating that the imminent vesting of equity leads CEOs to cut investment.

The proposal also recommends debt to discourage excessive risk-taking. This idea was first advocated in a 2011 paper by Professor Edmans; subsequent empirical evidence has indeed shown that debt-aligned CEOs reduce bankruptcy risk, which ultimately benefits both debtholders and equity holders.

“Long-term debt and equity will incentivize CEOs to create sustainable value. But, another advantage is that they are simple and transparent. They are easy to value, and the public knows whether and under what conditions, the CEO will be paid” Professor Edmans adds. In contrast, the report provides evidence that bonuses based on financial targets induce CEOs to take short-term behaviour to meet the target, and argues that the targets are often not transparent to outsiders, leading to perceptions of unfairness.

The report also emphasizes the need to consider the broader context of CEO pay, in particular the growing concerns regarding inequality. It advocates a Fair Pay Charter to describe how worker pay is determined, how it is linked to broader market conditions, how workers benefit from long-term increases in company performance, and the relative movement of worker and CEO pay.

“We do not recommend publication of snapshot pay ratios,” clarifies Professor Edmans. “Pay ratios do not lend themselves to valid comparisons between companies, and may decouple pay from performance – a CEO can be paid despite delivering low value to shareholders, customers, and the environment just by keeping worker pay high. Tying pay to long-run performance – enlarging the pie - is more important than holding down the level of pay.”

Professor Edmans will address an audience of academics and leadership practitioners at an invitation-only thought leadership debate on executive pay schemes, organised by London Business School’s Centre for Corporate Governance on 30 November.


A limited number of press passes are available for the event.