Economics Research Faculty news
Save to my profile 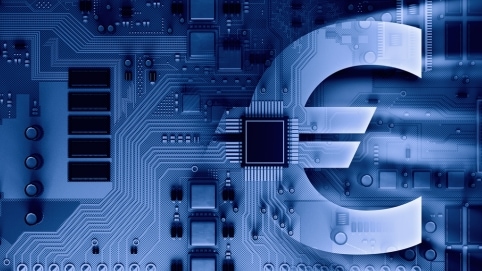 The “doom loop” between banks and governments continues to pose a major threat to individual member states and the Eurozone as a whole and must be cut.

That is just one of the findings included in a major new report published today by the Centre for Economic Policy Research (CEPR). ‘How to reconcile risk sharing and market discipline in the euro area: A constructive approach to Eurozone reform’ is authored by 14 French and German leading economists drawn from prominent academic institutions. Hélène Rey, Lord Bagri Professor of Economics, London Business School, is one of its contributors.

“A decade after the start of the global financial crisis serious frailties still remain within the euro area, principally that the ‘doom loop’ poses a major threat both to individual member states and the EU as a whole,” says Professor Rey.

The loop occurs because banks hold sovereign bonds. When a sovereign loses market access, as happened during the last debt crisis, the value of bank portfolios falls dramatically. Eventually, banks need to secure help from governments to remain solvent, which in turn can lead to the rescue of an entire country.

Making a number of game changing recommendations, the Franco-German Report offers the potential to improve the euro area’s “financial stability, political cohesion, and potential for delivering prosperity to its citizens”.

Specific areas addressed include breaking the cycle between banks and sovereigns through the coordinated introduction of sovereign concentration charges for banks and common deposit insurance.

Replacing the current system of fiscal rules focused on the ‘structural deficit’ by a simple expenditure rule guided by a long-term debt reduction target is a further recommendation.

Creating the economic, legal and institutional underpinnings for orderly sovereign debt restructuring of countries whose solvency cannot be restored through conditional crisis lending is also considered.

Professor Rey says: “The Franco-German proposals cut the ‘doom loop’ connecting banks and sovereigns in both directions and offer an institutional strengthening of the European Stability Mechanism (ESM) and of the fiscal framework. We have a unique window of opportunity to reform the governance of the euro area and help the common currency achieve its full potential. It is now. Let us take it."