Government and Society Politics
Save to my profile 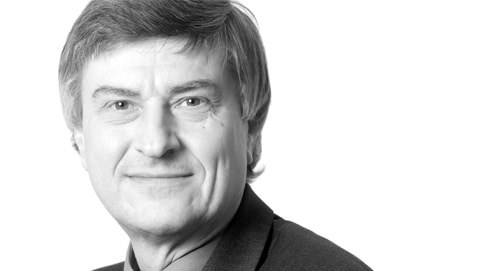 A London Business School finance expert has warned that Scotland could be caught between a drain “down south” in the event of a ‘yes’ vote and a destabilising period of “neverendum” if the Scots vote ‘no’ this Thursday.

Lloyds, Standard Life, the Clydesdale Bank and RBS have all indicated that they would create legal entities in or move parts of their business to England in the event of a ‘yes’ vote. Paul Marsh, Emeritus Professor of Finance, London Business School believes this would be the start of an exodus if the Scots vote for independence.

“It's inevitable that, if there was a ‘yes’ vote, the banks and probably Standard Life, the big Scottish insurer would all re-domicile to England and Wales. Most of their business is located outside of Scotland, and there is an EU rule that banks have to be regulated in the country in which the majority of their business falls,” Professor Marsh says.

Banks also need a lender of last resort and it is not clear that there would be a Scottish central bank to carry out this function.

Marsh adds: “And why would the Scottish people want to assume the guarantees for deposits held mostly outside of Scotland anyway? Had Scotland been independent during the recent financial crisis, the liabilities of the two large Scottish banks, RBS and HBOS would have effectively bankrupted Scotland. An independent Scotland would not have had the resources of the UK behind it.”
Re-domiciling the banks need not necessarily cut employment in Scotland but Professor Marsh predicts it would as the pattern of employment would follow the movement of company functions “down south”.

Ironically, even a ‘no’ vote could result in a movement away from Scotland. Marsh explains: “If the vote is ‘no’, we are still likely to see movement away from Scotland. Financial institutions will be concerned that we will enter a period of "neverendum", a phrase coined in the context of Quebec's separation votes. The net effect for Quebec of its independence campaign was that Montreal lost out badly to Toronto. Business leaders and markets do not like uncertainty, and if there is a sense that the Scottish issue has not been settled, then I think there will anyway be a gradual drift away from Scotland.”

Scotland still has a large fund management industry and a significant investment trust industry. These could survive a 'yes' vote Marsh believes, but he says: “It is hard to see how independence could be positive for them, as the majority of their customers and shareholders are outside of Scotland.”