Asset management Banking
Save to my profile 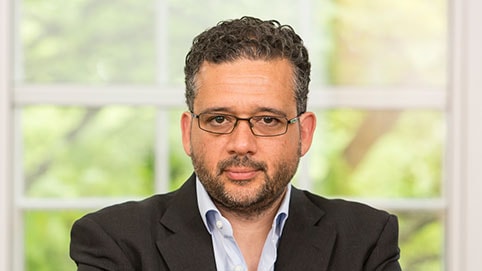 As Deutsche Bank seeks to negotiate with the US Department of Justice over a potential 14 billion dollar fine, a London Business School strategist warns that the regulator’s political agenda is creating a Catch-22 for German banks.

Speaking on CNN earlier this week, Michael Jacobides, Associate Professor of Strategy and Entrepreneurship, London Business School, said: “As in the financial crisis, everyone is out for their own political agenda, but this may be undermining people’s desire to put money in the bank.

“The regulators, who up until recently were trying to induce stability, have introduced market jitters. You would have thought that if we wanted stability, you would have calmed the nerves and there would have been the conversations about the settlement, rather than leaking the amount of the settlement sending jitters to the banking sector.”

Jacobides believes the regulator’s actions have created a concern about just how profitable banking as an activity is going to be.

“You have an Attorney General who wants to score a point by showing how tough they are,” Jacobides explains. “But on the other hand, this may be undermining the desire of people to put money in the banks. And so we find ourselves in a really difficult, Catch-22 situation.”

This has caused nervousness and it is why, Jacobides says, the CDOs and convertible bonds that give you a sense of the risk, are in record low numbers, with counterparties – especially hedge funds – asking whether we still have a problem here.

Ironically, as he added on comments after his interview, the proposed settlement hits the banks (and its equity investors) hard, while not demanding that the individuals responsible for such malfeasance be brought to justice. Such a policy seems more suited to hurting the profitability of banking than addressing the significant ethical or systemic concerns.

But, whatever the stance of the regulators, current banking giants are on thin ground. Deutsche Bank in particular is in a difficult situation for both strategic and industry reasons, Jacobides told CNN.

“The industry is being battered firstly because of the negative interest rates which are seriously affecting the economics of banking, and secondly, because Deutsche Bank has gone through a number of difficulties,” he says.

“The banks that tried their hand at becoming global, aggressive investment banks, like Deutsche, have started retreating to the national market. Deutsche Bank has a very difficult national market. It is already very fragmented with intense competition. And Germans don’t like to borrow too much. Even the corporate sector is a net saver. There isn’t much space to grow in terms of Europe itself.”

The German authorities have “put themselves in a corner”, Jacobides says. They might want to help out, but they can't - especially given their tough stance on Italian, Portuguese and Greek banks.

“Normally the new European rules stipulate that as a state, you can only help the bank when people have lost 8% of their money. So according to the rules, they can’t really step in.”

They can however help manage the situation behind the scenes, Jacobides adds.

And ultimately, “Deutsche will not die from a liquidity death,” he says. “It’s capital - not liquidity.”