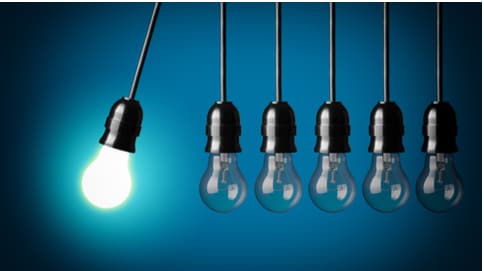 The leading economist William Baumol, who died earlier this month, believed the educational elite will increasingly be required for successful entrepreneurship, because of the ever-growing complexity of technology and business markets. But he also acknowledged the power of relatively ordinary people who have been successful innovators in their proverbial garden shed or garage.

It’s a neat illustration of the innate messiness of innovation – one can never truly predict confidently where the next success story will come from.

For example, just this week the London-based virtual reality firm, Improbable, raised $500m (£388m) in one of the biggest investments in an early stage European technology business. Improbable was founded five years ago by Herman Narula and Rob Whitehead, who had studied computer science together at Cambridge University. Definitely not a garden shed affair!

At the other end of the spectrum, there’s also a new class of entrepreneurs who are powering disruptive modes of innovation without the frills of high finance or advanced technologies. For example, the Bangladesh Rural Advancement Committee, better known as BRAC, is a non-governmental organisation with a mandate of ‘empowering people and communities in situations of poverty, illiteracy, disease and social injustice’. BRAC is a seriously innovative NGO which offers competition to private agro-industries, while serving the needs of the local poor.

And then there’s the small Cumbrian engineering company that makes tools for scallop trawling company, which saw a web enquiry from Magnox and suddenly realised their technology could be modified to recover nuclear waste from power stations. The equipment worked and has helped clean up the Hunterston A plant in Ayrshire. The firm is now bidding for international contracts.

Clearly, if one were to draw out a Darwinian metaphor, innovators work faster and are less tidy than their biological evolutionary counterparts, because they do not have to wait while the advantaged mutants outbreed their rivals. Baumol used this comparison to explain the extraordinary power of innovation. Entrepreneurs innovate not to get rich, but to avoid getting poor. Fail products are quickly killed off; successful ones are quickly copied. Innovation stirs up a powerful feedback loop in the economic ecosystem, and only skills, resources, and regulation are limiting factors.

The age of innovation is at full throttle and everyone shares in its bounty. All over the world, people are looking at what others are doing and finding ways to improve on something – from the better mousetrap, to a Hyperloop system. And yet it is rarely the sort of innovation imagined by those 1950s science fiction film makers, complete with sleek silver rockets and lantern jawed Dan Dare heroes. It is a messy, unruly affair that is governed as much by tough, obdurate ruffians as it is by achingly cool evangelists. Innovation is a rough and tumble affair, fuelled by an environment where every successful business sows the seeds of its own destruction.

To celebrate this messy, unruly process, and to recognise the individuals who make it all possible, London Business School is hosting the second Real Innovation Awards later this year.