Organisations must be authentic to lure top talent 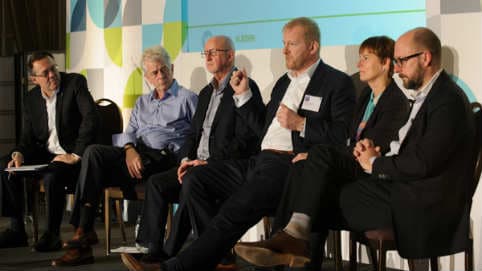 Organisations are finding it increasingly hard to attract the best people.

The event – where speakers included the Global Head of Culture at Barclays, the Chief Learning Officer at global consulting firm AT Kearney and the Head of People and Organisations at Novo Nordisk – asked the question: ‘what would an authentic organisation look like’?

The professors summarised their answer, based on five years of empirical research, in a simple acronym: DREAMS.

D - Difference beyond Diversity – “I want to work somewhere I can be myself”
R - Radical honesty – “Tell me the truth before someone else does”
E - Extra Value – “Add value to me, don’t exploit me”
A - Authenticity – “mean what you say and say what you mean”
M - Meaning – “I want a meaningful job in an organisation which itself has meaning”
S - Simple Rules – “I want simple agreed rules, not a fog of bureaucracy”

The desire for authentic work places is fuelled, they argued, by both societal and organisational changes. From a societal point of view, there are undoubtedly generational shifts – the rise of the millennials – and the growth of the ‘clever’ economy, peopled by individuals who have the capacity to add huge amounts of value but who have an uneasy relationship with organisations.

Professor Jones said: “From an organisational point of view, with the reshaping of work, the changing shape of careers and perhaps the demise of the ‘organisation person’, businesses face the task of making themselves attractive to talented people.”

Jon Harding, Head of Culture at Barclays talked about Barclays attempt to reinvent itself by reconnecting with its original Quaker values, and Krisja Vermeylen, Head of People and Organisations at Novo Nordisk reinforced the extra value inherent in developing people. “People leave organisations when they don’t feel developed,” she said.

Stephen Parker, Chief Learning Officer at global consulting firm AT Kearney, said “your role as leader is to be a true steward of the culture – we want people to be their best. It’s about individual growth beyond work – being your best self and building on your strengths.”

He gave the example of a young consultant who was also an accomplished classical pianist. “He didn’t want to give up playing the piano professionally, but he also didn’t want to lose focus at work. So we found a way to let him do both. He said he always wanted to play in Carnegie Hall. So now he plays concerts at Carnegie Hall as part of his job here and he gives the proceeds to charity.”