Research AQR asset management
Save to my profile 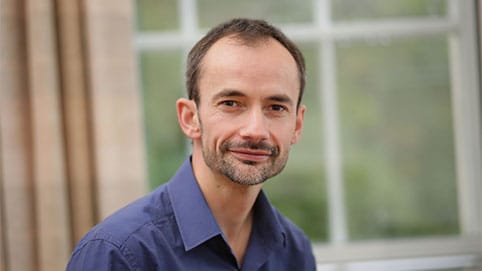 A significant number of young infants’ lives could be saved if HIV testing laboratories in Mozambique re-located to one central site, a London Business School expert has found.

A team co-led by Jérémie Gallien, Associate Professor of Management Science and Operations, London Business School, finds that bringing testing facilities in Mozambique together in one location could cut the time it currently takes to get a diagnosis by almost a quarter (22%), from 37 to 29 days, and prevent the deaths of more than a quarter of infants (27%) who currently die before receiving their test results, (74 infants per year).

The lives of 54 infants whose guardians do not follow up on late test results would also be saved if the findings were implemented. In total, 128 more infants per year could receive the vital HIV treatment they need to survive.

The findings of the research strike a particular chord at present, with 1 December 2015 marking World AIDS Day 2015. HIV and AIDS remain one of the world's most significant public health challenges, with the disease affecting a significant number of children, particularly in sub-Saharan Africa.

Dr Gallien says: “HIV and AIDS among children in sub-Saharan Africa is a well-documented issue. 350,000 children were infected with HIV through their mother while 230,000 died of AIDS-related causes in 2010.”

The team considered how the supply chain for HIV testing in sub-Saharan Africa could be improved to speed up the diagnosis of young infants at risk of carrying HIV.

Results are currently held up by labs waiting for a critical mass of samples before testing a batch and for a limited number of specialist staff and machines. Centralising lab facilities, pooling samples and resources, could double the number of results received in one month and increase the proportion of infants treated by up to 6.9 per cent.

“Given the current sample turnaround times in some countries, when infants are tested at a month old up to 10 per cent of the infected ones may be dying before test results are known”, Dr Gallien says. “Factors causing delays include scarce transportation from clinics, lengthy waiting times for testing and lack of qualified staff in the labs. In addition, caretakers are less likely to collect results when test turnaround times are long. Our research aims to establish how the supply chain can be improved to save lives.”

Using big data to save lives

Working in collaboration with the National Institute of Health in Mozambique and the Clinton Health Access Initiative, Dr Gallien and his fellow researchers, Sarang Deo of the Indian School of Business and London Business School PhD student Jónas Oddur Jónasson, developed a modelling framework to map how the current supply chain for HIV diagnosis in the region could be improved.

Armed with data comprised of individual patient records for 34,791 infants across 410 clinics in Mozambique, alongside data on clinic, transportation and laboratory testing delays, Dr Gallien and his team developed a simulation model to map operational improvements. This included the assignment of clinics to laboratories and the allocation of capacity across laboratories.

“By creating a simulation model,” Dr Gallien says, “we were able to see that centralising labs to a single location, such as a capital city like Maputo in Mozambique, improved efficiency with which the samples could be processed and results returned – this could be cut from 22 to eight days, ultimately increasing the number of infected infants receiving treatment.”

Although the model showed that transport times would increase from six to 11 days on average, this would be outweighed by the improved efficiency with which samples could be processed and results returned.

The recommendations from the research can be applied in other countries.

“Other countries, where the average transportation time is similar to that in Mozambique, could also benefit from centralising labs, as Uganda recently experienced,” Dr Gallien explains.

“Our research finds that centralised laboratories are particularly beneficial and should be considered if the number of blood samples coming for testing is either high (above 85% capacity, as is typical in established networks) or low (below 35% capacity, for example during a ramp-up phase).”

The recommendation to centralise all lab capacity is not universal however.

“The study finds that networks with two or more lab locations may work better in countries with longer transportation times, possibly including the Democratic Republic of Congo for example,” Dr Gallien concludes.

For the full paper.