Women Politics
Save to my profile 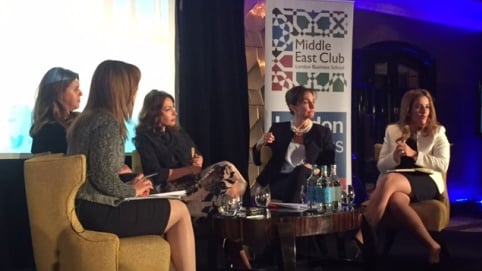 Ambitious Arab women living in the Gulf now have more opportunities to forge careers than ever before. But governments in the region still have a big responsibility to encourage more females to enter the workforce and help those who have roles to secure more senior positions.

A shift in attitude where some Arab families are more accepting of women working, and increased investment by private sector firms to open up labour markets to both genders are making a difference.

“I lived in Saudi when I was growing up and never thought I would be able to travel to the Kingdom as a businesswoman without having to be signed in at the airport by a man, and then check in at the Four Seasons hotel on my own.”

Saudi Arabia’s King Abdullah has backed moves to give Saudi women more employment opportunities in a country that, he believes, is over-reliant on its eight million expatriate workers.

An all-female processing plant with plans to employ 3,000 women opened in Riyadh last year, while a CNN report from October 2014 showed that female engineers such as Jumana Almuzel were working alongside men.

Rana Al Nibari, CEO of INJAZ Kuwait, told attendees that there was more help and support for young Kuwaiti women, and men, to gain the skills needed to enter the labour market.

Al Nibari, whose company works with Kuwaiti businesses and the education sector to provide entrepreneurial and leadership skills programmes to young Kuwaitis, added that teaching young women about business was crucial to the region’s prosperity.

“50 per cent of people living in the Middle East and North Africa are under 25, so we have a responsibility to train them and get them into the workforce,” she said.

Despite the progress being made in the Gulf, women who want to work still face barriers. While 53 per cent of Bahrain’s university graduates are female, most women entering the workforce struggle to break through the glass ceiling. “There is still a real gender gap in the labour market,” Dr Eid Oakden said.

Companies that prefer to hire men over women to avoid paying maternity leave, the limited number of jobs for people in the Gulf, and conservative families who object to females working are other barriers for Arab women.

Najla Al Shirawi, CEO of Securities & Investment Company, called for flexible working for men and women and urged governments to “encourage females to enter high-powered industries such as finance and banking”.