Businesses risk falling behind if they don’t embrace digitisation 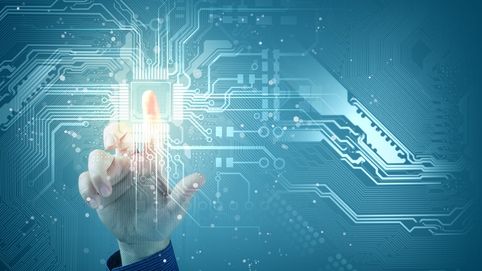 Middle Eastern companies aren’t investing enough in digitisation, despite many of them ranking it as their number one priority.

A recent study by global strategy consulting firm Strategy& found that 77% of the 1,500 CEOs interviewed in the Middle East said that the latest technology was their top objective. But only 10% of those companies reported having a chief digital officer. The findings were revealed to attendees at the Middle East Conference, hosted by London Business School students.

“Hiring people with coding skills is not only a necessity for businesses, but also a way to deal with unemployment by hiring people from deprived areas,” Saddi said. “Companies need to make sure they have access to people who understand both business and technology.”

He added: “Today’s young men and women are creative, tech savvy and business-minded – not the kind of people who have traditionally been recruited. They have a different profile and attitude. There’s a challenge for business leaders and HR to recognise that kind of talent and be comfortable hiring them.”

Saddi said companies had to make technology and digitisation the lynchpin of their strategy to stay ahead in a globally-connected world. Failure to do so would see them either lose ground to their competitors or risk becoming obsolete.

“In 10 to 15 years, companies in the Middle East will operate differently to today because of digitisation. Investing in technology now will help them gain a competitive advantage.”