Mental Health Awareness Week which generation is most stressed

Millennials and Generation X are both feeling burnt out, suggest findings 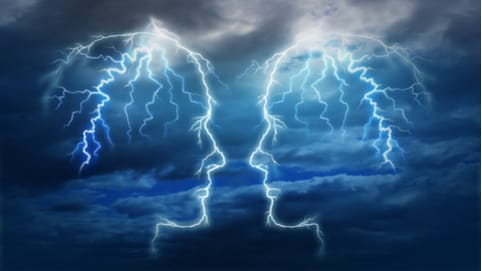 Millennial workers are more stressed than their older counterparts, according to a Mental Health Foundation (MHF) survey.

As part of Mental Health Awareness Week, the MHF surveyed more than 4,500 people on stress in the UK. Those aged between 18 and 38 felt more under pressure at work than their baby-boomer co-workers (born 1946–55), with 28% stating that stress was expected in their job.

Around a third of millennials (34%) said that they felt stress made them less productive at work versus around a fifth (19%) of their older colleagues.

MHF’s results come just weeks after LinkedIn surveyed 1,000 members in the US as part of Stress Awareness Month (April). While men and women experienced the same levels of stress and satisfaction with their jobs, different age groups revealed a gap.

Some 57% of those aged 37 to 52 – Generation X – reported being stressed in their jobs, while 44% of millennials stated they felt that way.

The MHF report called for a change in the way mental health is treated, alongside new rules for employers to treat stress – such as introducing a minimum of two mental health days for every public sector worker.

LinkedIn’s survey demonstrated that since people spend more than a third of their lives at work, more than half of working professionals (52%) in the US are at risk of burnout.

• Read what to do to beat burnout

“When you’re providing emotional labour, which is the process of managing feelings and expressions to fulfil the emotional requirements of a job, you’re more prone to burnout,” he said.

By testing assumptions – for example, considering what can change versus what is fixed – employees can feel a sense of control over their work and better direct their use of time.

He said: “There is evidence for the effectiveness of mindfulness meditation in treating anxiety. It not only helps you retain your mental sharpness, it can improve your resilience to stress.”

Jolly also encouraged opting to do “high-value work”. “Your ability to be proactive instead of reactive is a test of who you really are.”

Jolly’s final suggestion, to charge for your time, is something that he observed working well for business leaders in his consulting work. “You can’t respond to everything and everyone – you can’t do it all. To help you choose your daily actions carefully, think about mentally charging for your time.

“Your time comes at a cost – personally and professionally.”