Does Martin Shkreli understand the error of his ways?

Pharma boss Martin Shkreli was vilified in 2015 for hiking the price of drugs for cancer and Aids sufferers by 5,000%. But according to research by LBS behavioural expert Lisa Shu, he may completely underestimate the substantial harm he caused 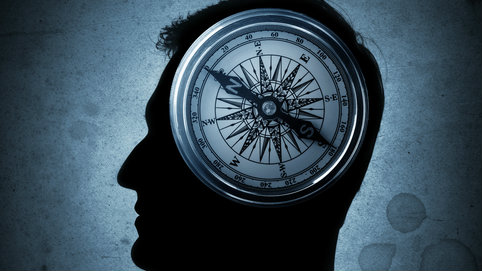 When Martin Shkreli was arrested for alleged securities fraud in late 2015, many felt he had got his comeuppance. The pharmaceutical boss was detained by the FBI for running his companies “like a Ponzi scheme”, according to the US prosecutors that brought the case against him.

The charges relate to Shkreli’s time as a hedge fund manager, before he founded Turing Pharmaceuticals in October 2014. According to US prosecutor Robert Capers, Shkreli had ensnared “investors through a web of lies and deceit”.

After posting bail of US$5 million, Shkreli told the Wall Street Journal that the real reason for his arrest related to his time as CEO of Turing Pharmaceuticals. The business, which Shkreli left after being detained on fraud charges, raised the price of Daraprim – a drug that treats parasitic infections in Aids, cancer and malaria sufferers – by 5,000% from $13.50 to $750 in 2015.

Blinded by numbers
Shkreli said he hiked the price to keep his investors happy, although critics have lambasted him for acting unethically. But aside from financial greed, there are psychological reasons for his behaviour, according to research by Lisa Shu, Assistant Professor of Organisational Behaviour at London Business School.

Dr Shu’s study of ethical behaviour adds nuance to Shkreli’s conduct as boss of Turing Pharmaceuticals. While few buy his ‘just doing my job’ protestations, Shkreli could have successfully pulled the wool over the eyes of the most important person in the debacle: himself.

“He is distanced from the victims of his behaviour and the immense harm that follows from his actions,” Dr Shu said. She explains that when the victims of an event – in Shkreli’s case, the patients who could no longer afford life-saving drugs – are many in number, their perceived ‘value’ decreases from the perspective of the person causing them harm.

Known as the ‘identifiable victim effect’, people feel more empathy for a single victim of a car accident than a large group of people in an entire region devastated by natural disaster, for example.  This effect could partially explain Shkreli’s lack of empathy for patients who could no longer afford to buy Daraprim.

Special case
Shkreli’s inability to empathise with patients who need Daraprim raises the question of whether people are naturally immune to the pain of large groups. Possibly, but critics insist this does not excuse the former pharma boss for raising the price of Daraprim.

Drug companies in general have long faced accusations of charging exorbitant prices for medication, sometimes for large groups of very sick people. However, Shkreli’s detractors say he bought a decades old drug, formulated it in exactly the same way and then hiked the price massively.

“In Shkreli’s case, there’s no justification [for the price hike],” says Dr Shu. “When pharmaceuticals introduce a new drug with a very high price tag they tend to justify it with the not readily visible, but necessary, costs of research and development.”

Behaving badly
Another explanation for Shkreli’s actions could be ‘moral disengagement’: when people do something unethical, they realign their moral standards, adjusting them downwards to psychologically justify their unethical actions.

Conversely, honest behaviour motivated people to maintain, remember and adhere to a stricter moral code. Moreover, immoral behaviour could be curtailed by introducing honour codes that raise awareness of ethical standards, according to the study.

The escalation of moral disengagement may explain why Shkreli allegedly siphoned off money from his pharma company and put it into his hedge funds. This immoral behaviour could have been the result of a chain of increasingly unethical acts.