Faculty news Future of work Organisational behaviour
Save to my profile 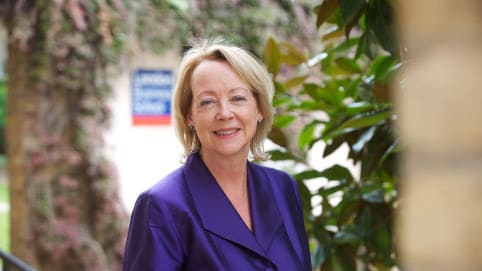 Lynda Gratton, Professor of Management Practice in Organisational Behaviour, London Business School (LBS), has been named as one of LinkedIn’s Top Voices 2018.

The Top Voices list – now in its fourth year – celebrates influencers who have used the platform to get the professional world talking.

Professor Gratton, co-author of The-100 Year Life, says: “As a writer and academic it’s thrilling for me to have my ideas debated and to be part of conversations about the future of work – one of our most pressing opportunities and challenges.”

The list criteria – volume of LinkedIn conversations, growth of following, engagement and innovative conversation content – are designed to highlight from more than 530 million members worldwide, the professionals who are driving interesting conversations that are gaining momentum worldwide. The list reflects publishing activity over a 12-month period, from November 2017 to November 2018.

At LBS Gratton directs the programme ‘Human Resource Strategy in Transforming Companies’ and her elective on the Future of Work is one of the School’s most popular. For over ten years she has led the Future of Work Consortium which has brought executives from more than 60 companies together both virtually and on a bespoke collaborative platform.

A celebrated author, Gratton’s work has been acknowledged globally – she has won the Tata prize in India; in the US she has been named as the annual Fellow of NAHR and won the CCL prize and in Japan Lynda served on Prime Minister Abe’s Council on The 100-Year Life (2018). She has also been named by Thinkers 50 has one of the top 15 thinkers in the world.