London is the best student city in the world, according to new international rankings 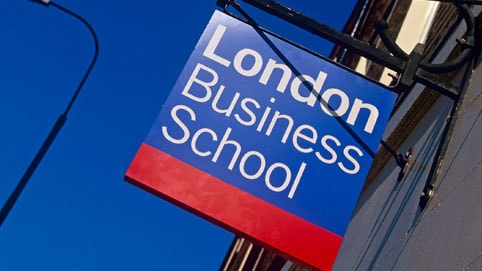 The UK capital has taken the number one place in the QS Best Student Cities Ranking 2018 for the first time.

London scored highly on the student survey, which asked 50,000 students about the quality of their experience in their city and their enthusiasm to remain there after graduating.

Ben Sowter, Research Director at QS, said: "The 2018 ranking highlights the enduring quality of the student experience available in London. The city benefits from outstanding employment prospects, more world-class universities than any other city, and enviable lifestyle opportunities."

London Business School (LBS) graduate Emily Bremner considers London “the best place for tech in the world”, despite the uncertainty of Brexit.

“Silicon Valley has more money and talent but it is insulated,” she said. “London is much more global and worldly. It’s the only city where you have government, financial institutions and tech companies together in one place – in the US they’re spread out between Washington DC, New York and Silicon Valley.”

Cody Nissen, a current LBS MBA student, said: “Transitioning from the military, I wanted to find a business school that would best mirror the multinational environment I experienced during a deployment to Afghanistan. London Business School was the perfect bridge – offering a world-class business education with a community spirit immersed in diversity and opportunity.”

According to Pavan Surepeddi, an LBS Masters in Financial Analysis graduate with a passion for cricket, London is “amazing, especially in the summer.” While studying, he made the most of Regent’s Park, a stone’s throw from the School’s main London campus, and credits a student-led India Club Diwali event at Oval cricket ground as his top highlight.

LBS Masters in Management graduate Morten Siggaard said: “LBS is in the middle of London. It makes a big difference, compared to being on a campus somewhere outside a city.

“It’s Europe’s main city and you’re close to some of the world’s biggest companies. London is an amazing city with many opportunities – being in the midst of that is really valuable.”