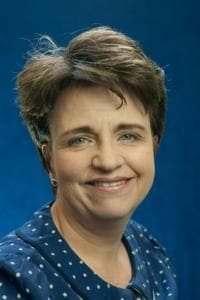 A senior figure at London Business School has been named among the top 100 women leading the charge in British business.

Wendy Alexander features in Cranfield School of Management's '100 Women to Watch' supplement, which lists women that are ready for board positions.

The supplement is part of Cranfield's Female FTSE board research report, which looks at gender representation in business.
Commenting on the importance of the next generation of leaders,

Wendy Alexander, Associate Dean at London Business School said: “At London Business School we aim to inspire the next generation of business leaders. We anticipate what the well-educated business person of the future needs to know. We encourage people to collaborate for success. Tomorrow’s leaders will have to build global teams drawing on colleagues from diverse cultures, varied markets and multiple professional roles. We are passionate about what we do and we are committed to having a profound impact on the way the world does business.”

Wendy Alexander is a member of the School's Executive Committee team and provides strategic direction and operational leadership for the School’s top ranked degree programmes delivered in London, New York, Dubai and Hong Kong. She began her business career as at Booz & Co and specialised in strategy and organisational issues for global clients. She then worked in Government, subsequently serving as Scottish Cabinet Minister with portfolios including industry, trade, energy and higher education and skills.

According to Cranfield’s report, "These are just 100 of a substantial and ever-growing talent pool of women who search consultancies and nomination committees should be considering."Cranfield's most recent Female FTSE report found that over the past six months 26% of new FTSE 100 board appointments and 29% of FTSE 250 companies went to women. The ‘100 Women to Watch’ supplement was introduced in 2009 and the Female FTSE report looks at the progression of women into board positions following a Government-commissioned review that was launched in 2010 and led by Lord Davies of Abersoch. The review calls for FTSE 100 companies to have 25% female representation on their boards by 2015.