Business education
Save to my profile 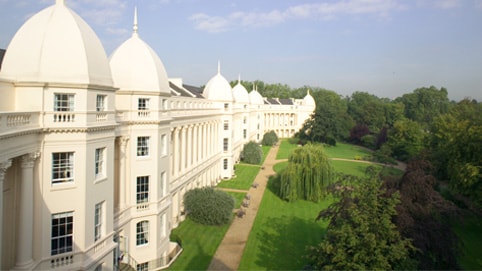 London Business School’s reputation for research excellence today sees it placed in the top 0.5% of all universities.

Gareth Howells, Executive Director of Degree Programmes, said: ‘We are pleased to win recognition from academics working around the world for research generated at London Business School.

'Though one of the smallest universities, we enjoy a reputation for excellence and relevance. This is partly thanks to our highly international character and our commitment to practical as well as theoretical thinking.'

Phil Baty, editor of the Times Higher Education Rankings, said: ‘LBS is clearly world-renowned. It has world class faculty, is based in one of the world's leading business and financial centres, and has a truly global footprint, with students from over 130 countries and alumni leading business all over the world.

‘This is a subjective, opinion based ranking, which isolates the ‘reputation’ indicator, used in the Times Higher Education World University Rankings. It would appear that small, specialist institutions have in general been doing surprisingly well.’

Baty’s team at Times Higher Education notes that research by international student recruitment agency IDP has shown that a university’s “reputation/ranking” is the single most important consideration for students choosing study destinations, above fees and even course content ( http://www.timeshighereducation.co.uk/world-university-rankings/2012-13/world-ranking/analysis/name-is-the-game ).

A separate study by the World 100 Reputation Network has found that institutional reputation is the number one factor for international academics changing jobs (http://www.timeshighereducation.co.uk/story.asp?sectioncode=26&storycode=419275).

The World Reputation Rankings are part of the portfolio of league tables produced by the Times Higher Education, a respected provider of comparative global higher education performance data. They are based on a global invitation-only opinion poll carried out by Ipsos MediaCT for Times Higher Education’s rankings data supplier, Thomson Reuters. The poll has attracted 58,117 responses from more than 150 countries in four annual rounds. The 2014 results are based on 10,536 responses from published senior academics who reported an average of 18 years working in higher education.