Lynda Gratton named one of 100 most connected women

Lynda Gratton, Professor of Management Practice in Organisational Behaviour, London Business School, has been recognised, alongside women from the world of media, fashion, law and politics as one of the 100 most connected women. 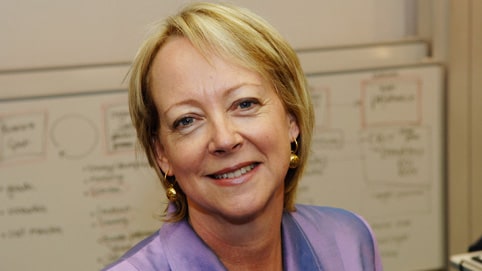 The list was compiled by GQ magazine and networking organisation, Editorial intelligence, who described Gratton as an influencer, well-connected and widely admired in more than one sector.

Professor Gratton says: “I am delighted to be named as one of the100 most connected women in 2014. The future of work is changing. We are moving into an era of extraordinary connectivity creating huge opportunities for innovation.”

Professor Gratton who was awarded a lifetime achievement award by HR Magazine in 2013, teaches MBA students and executives on London Business School’s ‘Leading businesses into the future’ programme among others.

Her eight books including The Key have been translated into more than 15 languages, and in 2012 The Shift received a best business book of the year award in Japan.