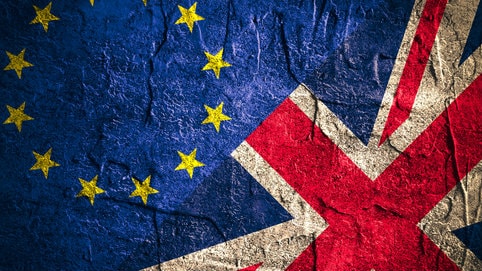 The Leave vote in the EU referendum could see a drop in GDP of up to four per cent and years of economic uncertainty, according to London Business School economists.

Richard Portes, Professor of Economics, London Business School, argues that as well as a fall in output and employment, major financial disturbances are likely.

“The economy’s current account deficit is now 6-7%, financed by capital inflows likely to dry up or reverse. Short run risks include a real estate crash, at least in London, and an exchange rate crash,” says Professor Portes.

“More than 50% of UK exports go to the EU. The fall in trade will hit exports and the dynamism of the economy.”

The result will also lead to uncertainty as the UK enters a lengthy period of negotiation with trade partners, according to Linda Yueh, Adjunct Professor of Economics, London Business School: “We now face at least two, likely more, years of uncertainty ahead as the UK renegotiates its place in the global economy.

“The top priority on the policy agenda should be to reiterate that monetary and fiscal policies are primed to help stabilise any volatility from that process, for example, the Bank of England and HM Treasury should stand ready to address any short-term shocks.”

The vote for ‘Brexit’ should not, however, give a signal to the world that the UK has ‘turned inwards’, according to Sir Andrew Likierman, Dean and Professor of Management Practice in Accounting, London Business School.

Professor Likierman says: “Speaking personally, I am concerned at the implications of the result for the UK.

“For Higher Education as a whole, and London Business School in particular, this should not give the signal that the UK has turned inwards. We are a global School and I believe that the UK will remain an outstandingly attractive place to study.

“We are also an agile institution and have witnessed a lot of changes over the last 50 years. While it is too early to know much of the detail of any of the deals the UK will secure, we will adapt and will continue to celebrate the richly diverse community for which we are known.”