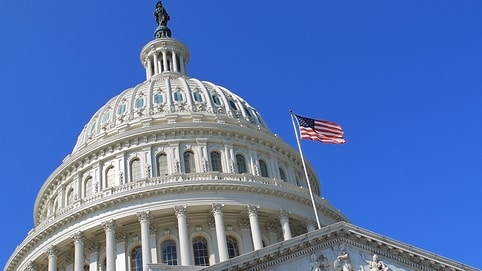 US politicians who sit on congressional finance committees enjoy preferential treatment from some of the financial services providers they are responsible for regulating, according to new London Business School research.

Professors Tahoun and Vasvari investigated how the personal finances of congressional lawmakers changed once they were appointed to the Senate Finance Committee, the Senate Banking Committee or the House Financial Services Committee. They analysed data for the years 2004–2011 collated by the Center for Responsive Politics (CRP), a not-for-profit organisation that tracks the effects of money and lobbying on US elections and public policy.

The key finding of their ongoing research is that, in the first year after joining a finance committee, members take on significantly more debt than in the years before and after. “The evidence shows that the level of individual borrowing is associated with the appointment to the finance committee,” said Professor Vasvari. “We see a significant jump in this debt equivalent to 30% of their net worth.”

The average congressional member has liabilities close to US$ 900,000 (£678,000). Members newly appointed to other powerful committees did not take out as many new loans, on average.

With the US presidential election looming, political funding is under intense scrutiny. The costs of congressional election campaigns have nearly tripled over the last 40 years, with the average Senate race costing $7 million per nominee, according to the CRP. Campaign financing is heavily regulated, but once politicians are in power the story changes.

There are strict rules on political lending but no limits on the mortgages, credit lines and other types of loans that congressional members can take out. These can amount to millions of dollars – giving financial institutions an indirect means to affect politicians’ personal wealth.

The researchers also looked at all the loans that had been handed out to congressional members over the same period and found that, compared to their counterparts on other committees, finance committee members were given loans at lower interest rates and with longer maturities. On average they had four and a half years longer to pay back the debt. Finance committee members also had 68% higher leverage during their membership period.

In addition, the researchers found that banks providing these particular loans to finance committee members were performing poorly at the point at which they did so compared to other banks lending to congress members. “The worse the financial health, the likelier they are to lend to politicians,” the report said.

The controversy became intertwined with the US financial crisis, since Countrywide was the nation’s leading provider of subprime loans. Both senators insisted they hadn’t sought any special favours. They were cleared of wrongdoing and warned that they should be more scrupulous in avoiding any appearance of preferential treatment in future.

What does this prove?

The finance and banking committees draw up the regulatory legislation for the financial sector in the US. The politicians who sit on them would seem more likely, therefore, to have greater conflicts of interest when taking on personal debt. Legally, though, a conflict of interest is narrowly defined. Federal laws state that cases in which a politician supports a decision that yields them personal financial benefits do not generally qualify as conflict of interest – providing the decision benefits many and not just the member in question.

The individuals’ interests may merge or correspond with the interest of their constituents and this community of interests is therefore inevitable and unavoidable. “There is always room to prove that somebody else benefits from the decision. It’s hard to prove in a court of law that these guys did something wrong,” said Tahoun.

It is unclear whether the banks are deliberately creating a political connection with finance committee members via their lending activities to curry favour, or if finance committee members are deliberately using their power to extract benefits from financial institutions. Whatever the motivation, Vasvari and Tahoun stress that their statistical analysis cannot prove a causal link.

"We have only found an association; we don’t fully understand the mechanism. It could just be coincidence. It just so happens that these people’s daily job is to regulate the very same banks that are lending to them.”