Faculty news Organisational behaviour
Save to my profile 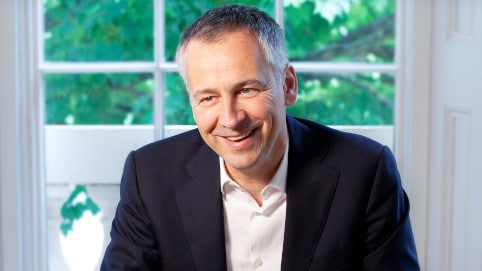 Thomas Mussweiler, Professor and Chair of Organisational Behaviour faculty at London Business School (LBS), has been appointed as a member of the German National Academy of Sciences Leopoldina.

The Leopoldina, founded in 1652, is the oldest continuously existing academy of natural sciences and medicine in the world and has had many prominent scientists as members, including Albert Einstein, and Charles Darwin along with more than 170 Nobel laureates.

Professor Mussweiler says: “I am really excited about this appointment. The Leopoldina has such a long history. It is associated with so many great names in science and I am really proud to be a part of it.”

The election to membership of the Leopoldina is the highest academic honour awarded by an institution in Germany. In selecting Professor Mussweiler for this honour, the selection committee noted his ground-breaking contributions to our understanding of decision-making and person judgment and, in particular, his work on the psychological dynamics of comparison processes.

Mussweiler is an expert on the psychological foundations of organisational behaviour. His interests include trust and cooperation, judgment and decision making, negotiation and influence, the self, interpersonal processes and stereotyping. Much of Professor Mussweiler’s research focuses on social comparison processes – he examines how comparing with others changes people’s self-image, their motivation and performance. He is also the recipient of a series of prestigious national and international awards, including the European Young Investigator Award and the Gottfried-Wilhelm-Leibniz-Award.