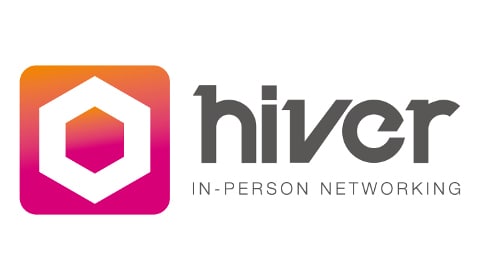 Hiver, a business founded in London Business School’s  new business Incubator, has announced the launch of its networking smartphone app, which is designed to remember networking interactions so that users can easily connect with the people they meet.

Hiver, which recently closed its initial fundraising round of £150K, has announced the launch of its networking app to help people connect with others that they meet at conferences, functions and other networking events.

“Research shows that over 80% of people forget the names of people they have met, which can not only cause embarrassing situations, but most importantly stops networkers getting value from the events they attend. Networking-related amnesia is a serious problem that can severely limit one’s ability to nurture the connections that drive professional growth,” says Andrea Sommer, Co-founder and CEO, Hiver.

Hiver’s new app uses advanced geo-location technology, together with powerful analytics, to identify and automatically remember each interaction, eliminating the risk of forgetting the names of people you meet when networking.

Being able to review, connect, and then follow up efficiently is really where the power of networking lies – Hiver addresses this need in a secure and discreet smartphone app.

“To use Hiver, you simply launch the app and put your smartphone in your pocket before networking. Hiver does the rest by logging the people you interact with. You can then connect via the app, which includes directly through Linkedin”, Sommer explains.

The Hiver smartphone app is available for free from today via the App Store on iOS.