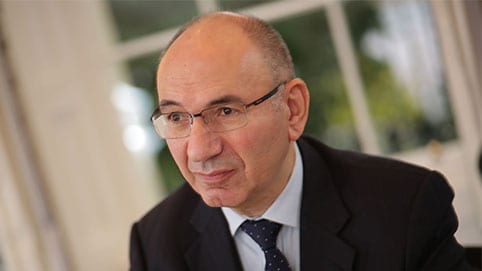 A London Business School Emeritus Professor of Finance and his LBS alumnus co-author have been awarded a 2015 Graham & Dodd Award, by The Advisory Council and Editorial Board of the Financial Analysts Journal.

Elroy Dimson and co-author Dr David Chambers, Reader in Finance at Cambridge Judge Business School, receive the Best Perspectives Award for their paper on ‘The British Origins of the US Endowment Model’.

Elroy Dimson says: “Our paper reveals the extraordinary influence of the economist, John Maynard Keynes, as an investor. His management of the King’s College, Cambridge, endowment was inspirational. Foundations and endowments can still learn valuable lessons from Keynes’ insights as an institutional fund manager.”

Their paper is one of a select group of articles chosen to receive the prestigious Graham & Dodd award. The awards were established by the Financial Analysts Journal in 1960 to recognise excellence in financial writing and to honour Benjamin Graham and David L. Dodd for their enduring contributions to the field of financial analysis.

Dimson, one of three authors of the 2016 Credit Suisse Global Investment Returns Yearbook, also chairs the Newton Centre for Endowment Asset Management at Cambridge Judge Business School, the Strategy Council for the Norwegian Government Pension Fund, and the Academic Advisory Board and Policy Committee for FTSE Group.

David Chambers graduated from London Business School’s Sloan Masters in Leadership and Strategy in 1992, where he met and was taught by Dimson. Chambers is now at Cambridge University, where he is academic director of the Newton Centre for Endowment Asset Management.