Retail Strategy
Save to my profile 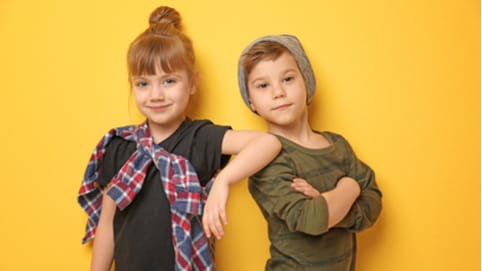 Gender-neutral clothing for children will positively challenge people’s assumptions about how boys and girls should dress and act, according to Mikhail Moudrakovski, an MBA student at London Business School (LBS).

Moudrakovski, who is co-president of the LBS Retail and Luxury Goods Club, was commenting on John Lewis’s decision to ditch gender-specific clothing for childrenswear. The retailer will remove boys and girls labels from children’s clothing and introduce a neutral range to avoid reinforcing gender stereotypes.

“It’s a bold statement for such a mainstream brand,” Moudrakovski said. “I imagine people will respond positively and like the message that John Lewis is sending out. Other retailers will definitely jump on board and launch their own gender-neutral ranges if this idea proves successful.”

The reaction to John Lewis’s new range has been mixed, with many people praising the retailer via social media while others have criticised the company. But Moudrakovski believes non-gender-specific clothing will entice rather than deter shoppers.

“I don’t see there being an outcry to the point where people decide to boycott John Lewis,” he said.

Androgynous childrenswear may prove a hit with parents, but Moudrakovski thinks retailers will struggle to convince adults, particularly men, to wear gender-neutral clothing.

“Clothing for women who want to look like they’re wearing their boyfriend’s shirt or trousers is a fashion trend that’s regularly come and gone over the last few decades,” he said. “But you don’t usually see men wearing clothing that you’d normally associate with a woman – and I don’t think we’ll see retailers selling ‘girlfriend’ clothing for males.”

Non-gender-specific clothing has been around since the 1960s, when Rudi Gernreich was a pioneer of the fashion trend. Modern-day contemporaries such as Rick Owens and Gareth Pugh produce garments for a high-end, niche audience, but the concept has never really hit the mainstream.