Is your bonus worth it?

Asset management
Save to my profile
City bonuses are viewed by some as reasonable incentives and by others as performance-sapping. Alex Edmans and Freek Vermeulen offer their opposing views 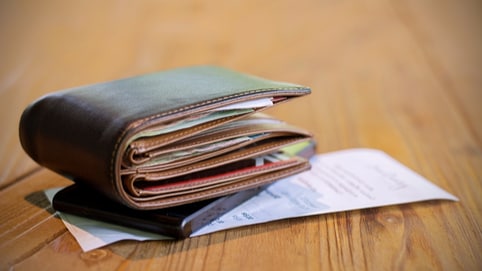 When two of the UK’s best-known asset managers made the unusual move recently of abandoning executive bonuses, they provoked strong but widely differing reactions.

Meanwhile Daniel Godfrey, former CEO of the Investment Association, the trade body for UK fund managers, launched The People’s Trust. The investment trust does not pay bonuses to its executives because Godfrey believes bonuses encourage them to invest for short-term profit rather than the long-term value they provide customers.

Everyone has an opinion on high-level pay. The UK’s Prime Minister Theresa May promised to rein in CEO earnings in her pre-election campaign. “There is an irrational, unhealthy and growing gap between what companies pay their workers and what they pay their bosses,” she said, proposing to give shareholders greater powers to block pay awards they deem excessive.

EU rules already dictate banks cannot pay out bonuses of more than double a person’s salary (though what will happen after Brexit is anybody’s guess). Deutsche Bank’s Chief Executive John Cryan has also been vocal on the subject, saying he had no idea why he had been offered a contract that included a bonus. “I promise you I will not work any harder or any less hard in any year because someone is going to pay me more or less.”

Freek Vermeulen, Term Associate Professor of Strategy and Entrepreneurship at London Business School, believes performance-based pay should be scrapped altogether. There is a need for clarity around the subject, he says. Firstly, people often confuse how people are paid with how much they are paid.

“When people talk about bonuses they make an immediate link to high executive pay; but these are actually two different things. They become mixed up because stock options are used to boost pay but they should be examined as two questions: do we want pay to be flexible and how high do we want it to be?”

In fact, says Dr Vermeulen, “performance-related pay” is a misnomer. “Only one factor explains CEO pay: the size of the firm. Big firms pay more and we know performance hardly plays any role. Pay is driven up and directed by a corporate elite, an old boys’ network. A CEO’s golf handicap is a better predictor of their pay than their company performance.”

“Very often the fact of having these external motivators destroys the intrinsic motivation. Of course CEOs care about money but they also care about other things, like their status in society and their reputation as a CEO. So bonuses may not even be as much of an incentive as people imagine.

“Building an organisation where people are intrinsically motivated is going to be a lot more powerful,” he adds. “Organisations should make fixed pay the default option, unless there’s an overwhelming reason not to.”

Alex Edmans, Professor of Finance at London Business School, strongly disagrees. “People say bonuses are unnecessary because they lead to high pay and bad outcomes. If the bonus is based on a short-term performance measure, then yes, that might well lead to people focusing on short-term performance and not engaging long-term behaviour such as mentoring your subordinates or protecting the environment. But the solution is to design bonuses better: change the measure to long-term performance or a more holistic measure.”

Are bonuses even necessary? Shouldn’t people do their jobs well for other reasons? Professor Edmans is cynical. “Ideally you’d hire intrinsically motivated people. But welcome to the real world.” He does agree however that people often confuse the twin issues of bonuses and high pay.

Beyond this, Professor Edmans argues that in the absence of bonuses the incentive is to preserve the status quo. In a company like Google, by contrast, people are rewarded for taking risks. “The bonus structure allows this: you’re rewarded for going above and beyond. If there’s flat pay you encourage a 7/10 performance. Companies with high incentives beat companies with low incentives by 4–10 percentage points per year.”

He dismisses the behavioural evidence around how bonuses affect behaviour because the studies have not focused specifically on executives. “In some professions a bonus doesn’t work because you don’t have a good performance measure. If you pay doctors according to the number of surgeries, they will amputate more often instead of giving medicine. The contrast with executives is that there is a perfect long-term performance indicator and that’s the stock price.”

Professor Edmans also questions why people so distrust incentives in the financial sphere. “Incentives work in any setting – we have tax incentives, for example. We have incentives for good behaviour and punishments for bad behaviour. Otherwise you’re almost into a communist type of situation where people are just paid to preserve the status quo. We should want to reward great work.”

Yes but surely the level of pay awarded to those at the top of the corporate tree is excessive. Who needs a bonus of several million pounds? That is missing the point, says Professor Edmans. “Inequality isn’t limited to CEOs. Look at footballers, actors, singers, authors, YouTubers. You have a few who are highly paid, highly bought, or highly viewed and then everyone else who isn’t. What we see in CEOs isn’t different from what we see in any other walk of life. It’s just the way things are.”