Is time up for Apple

Brands Commerce Innovation
Save to my profile 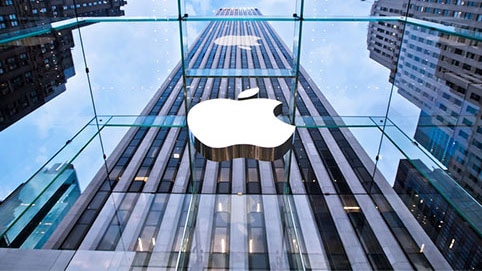 Apple’s winning streak of launching must-have products could soon end if reports about its smartwatch underperforming prove accurate. The company refrained from including Apple Watch’s sales figures in its fiscal Q3 2015 earnings report, fuelling speculation that consumers had reacted coolly to the wristband.

The third quarter results were mixed: Apple reported a 38 per cent jump in profit compared with the same period a year earlier, while revenue was up 33 per cent to US$49.6 billion. On the downside, the company’s shares closed 4.3 per cent lower at $125.14 on 22 July, cutting $50 billion off the technology giant’s market value. Shares have since dropped further, to $113.25 in early August.

An overreliance on the iPhone and the company’s revenue forecast for the fourth quarter – likely to be between $49 billion and $51 billion – being slightly lower than expected were cited as the main causes for the share price drop. Analysts also said the company gave no insight into how the Apple Watch had fared since its launch in April 2015.

While Apple remains tight-lipped about its smartwatch sales, early reviews suggest the company’s latest gadget may fail to repeat the success of the iPhone and iPad.

“Apple is banking on its smartwatch being the next big thing, but we can’t be confident that will happen,” says Julian Birkinshaw, Professor of Strategy and Entrepreneurship at London Business School.

Critics claimed the watch was too slow, that the constant notifications they received were distracting and that some apps weren’t working properly or deleting themselves. Others took issue with its appearance, saying it wasn’t particularly fashionable, while some insisted the watch was generally difficult to use.

Whether the criticism has deterred consumers from buying  Apple Watch remains to be seen. But Professor Birkinshaw believes relatively modest sales of the smartwatch would be a minor blip for a company that’s still shifting millions of iPhones and iPads.

“Apple has such goodwill from consumers that’s been built up over 15 years,” he says. “It can attract the world’s best talent because it’s the world’s best company, the executives have a long-term view, and the profit engine is driven by the iPhone.

“The only thing that will keep them awake at night is if a rival company such as Samsung or Xiaomi comes up with a killer smartphone that offers something new, which eats into Apple’s market share.”

Professor Birkinshaw adds that Apple’s latest financial figures aren’t cause for too much concern. “The share price is affected by talk of whether Apple has met shareholder and market analysts’ expectations, so it’s all based on hype about how much the company will grow by,” he says.

“I’m sceptical about reading too much into share price falls. When a company doesn’t perform as the market forecasts, there should be nothing more than a realignment of expectation from analysts.”

The tech giant’s success has been defined by its ability to generate huge sales when releasing new or improved products. Nevertheless, the company has employed the same marketing strategy for many years, which works for only so long, according to Professor Birkinshaw.

“Apple has used a consistent strategy to launch iTunes, iPod, iPad and the Mac, which involves applying their particular style for developing gadgets to a range of consumer product categories that are a little bit stale or underinvested in,” he says. “And the company’s taken the same approach with Apple Watch.

“But no matter how good the strategy is, it will always run out of road eventually and it seems Apple has hit the buffers with the smartwatch.”

Similarly to Apple, internet search engine Google has faced criticism for trying to crack the wearable technology market when launching Google Glass, the internet-connected smartglasses, in 2014. A hefty £1,000 price tag, questions over how intuitive they were and concerns about looking silly when wearing them were some of the reasons Google Glass failed to catch on, with Google halting sales in January 2015.

Professor Birkinshaw believes Google Glass struggled because the public wasn’t ready for it. However, with several revenue streams including content provider Google Play, apps, a cloud platform and fibre broadband, Google won’t feel the pinch – much like Apple, which has several other products to make up for any shortfall in smartwatch sales.

“Google Glass was a completely new, never-before-seen product that was brought to market after receiving lots of publicity, but it arrived too early to be successful,” he says. “However, the cost to Google of withdrawing the glasses is quite small, because it creates lots of other products and isn’t relying on just one thing,” he says.

Professor Birkinshaw adds that Apple mustn’t be too disheartened if its smartwatch struggles like Google Glass has. “Apple shouldn’t give up on it, because the watch is essentially an appendage to the iPhone,” he says.

“It’s an accessory to the phone and can be rebranded as such if it doesn’t take off in its own right. In any case, the company will continue looking at reinventing other products such as TV to shake up another category.”