Is hosting the Olympics a winner's curse?

Finance Opinion
Save to my profile

In the wake of Rio 2016, Alex Edmans debates whether staging the Olympics is worth it 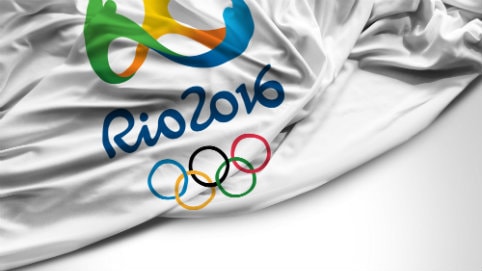 Costly and vacant are two words that no host nation wants its Olympics to be associated with. But often, countries spend billions of dollars on infrastructure for an event that does little to help local communities.

Winning the bid to stage the 2016 Olympic Games from 5–21 August in Rio de Janeiro, for some, was a beacon of hope. Many residents believed investment would lead to improved conditions in a deeply deprived city. Unfortunately, for some, their dreams have not been realised.

On 4 August 2016, the Olympic torch relay to Rio was disrupted by protestors carrying banners reading "Games of exclusion". Their biggest grievance was that the government had spent billions of Brazilian reais on infrastructure – including an untested and overcrowded subway and athletes’ village, which some Olympians described as uninhabitable – rather than developing local communities.

As the organisers of Rio 2016 and other Olympics can attest, staging the event is extremely costly – but does it pay off in the long run or is it simply a financial drain? Alex Edmans, Professor of Finance at London Business School (LBS), says: “It is generally costly and countries typically overbid. We saw this happen in Brazil with the 2014 World Cup when President Dilma Rousseff spent money that was earmarked for schools and hospitals on stadiums. Unfortunately, this is often the case.”

American sports economist Andrew Zimbalist estimated that infrastructure projects in Rio displaced 77,000 residents ahead of the games. He also challenged claims that cities hosting high-profile sporting events experienced economic windfalls in his book Circus Maximus: The Economic Gamble Behind Hosting the Olympics and the World Cup. Zimbalist concluded that governments should avoid hosting the event at all costs.

Professor Edmans takes a longer-term view. “I think it’s important that you don’t just take the financials into account,” he says. “If the games lead to people taking sport and health more seriously, that is hugely beneficial. In the UK, for example, it could save the NHS money.”

But are long-term benefits worth the huge outlay? “The monopoly of purchasers, such is the case with the Olympics, leads to overbidding.” Chicago spent US$100 million (£75 million) on its failed bid for the 2016 Summer Olympics.

“Hosting comes at a cost – and this is more prominent in the BRICS, where money is scarce,” Professor Edmans says. “The motivation for hosting is fundamental: some believe it will lead to a long-term boost of national morale, or they see it as a vanity expenditure. In the case of President Rousseff, I believe it was the latter.

“We see the same in business when companies make charitable donations. Some give to do good because they care, but some CEOs give to boost their profile. The Olympic bidding process is like any other social investment: are you doing it for the right reasons – for society or for self-interest?”

Brazil’s spending might seem modest at less than $5 billion (£3.7 billion) compared with the 2014 Sochi Winter Games, which cost a record-breaking $50 billion (£37 billion). But it still raises the question: is a host’s outlay worth it?

There are benefits, with visitors boosting a host city’s local economy. However, sports fans tend to outnumber regular travellers, as Beijing and London found when they hosted the summer Olympics. Both had fewer tourists compared with the same period a year before they staged the event. Winning medals also has a positive effect, says Professor Edmans.

“Some people might say, and this would be an incorrect way to look at the data, ‘Team GB won more medals in Rio than in London, so what was the point of hosting?’ But you can’t just look at the short-term implications. Some of the success in Rio was down to London inspiring its athletes to train. Policymakers tend to look for quick fixes and immediate results. But I think the success of London will continue for years to come.

"However, Team GB’s success in Rio does highlight a counterargument – hosting is not the only way to boost a country’s morale. Nations can do so by performing well in a games, rather than hosting. When funds are tight, governments should think whether they’re better off ploughing money into national sport, rather than staging a games."

A 2013 International Olympic Committee report suggested that while London 2012 cost the UK £8.9 billion, its economy had since generated £9.9 billion in trade and investment.

Speaking at LBS before the games in London, Sebastian Coe said that “legacy is the weakest part of the Olympic story generally”.

“I think it’s important to discuss legacy from the beginning,” added Lord Coe, who became chairman of the London Organising Committee for the games after leading the successful London Olympic bid: “I went to the 10th anniversary of the 2000 Sydney Games and the chair of their Olympic Park Legacy Company had only been in place for a very short time, which seemed a startling number of years wasted after the games had ended.”

Professor Edmans advocates thinking seriously about legacy early on to give cities the best possible chance of profiting long term. “Putting the city before the games can help,” he says. “For example, it works if hosting leads to developing long-term infrastructure that’s already required – say, where a country needs to revamp its subway but has struggled to get it past the government. The games can suddenly legitimise that investment.”

Another strategy could be to consider a permanent host country; but that comes with a caveat: “It would have to be a neutral country,” he warns, “but it could work to have one host. For example, the FA cup is hosted at Wembley Stadium every year. Also, the World Economic Forum is hosted in Davos, Switzerland, annually; its infrastructure is designed to host the meeting.

“Overall it comes down to whether you trust politicians. If you trust politicians to only bid when they can afford it and have a long-term plan to use the infrastructure afterwards, then I think every country should be able to host. But if politicians overbid to generate prestige for themselves, irrespective of the long-term benefits, a permanent host could be better.

“Countries see winning the right to host as a victory, but given that everyone has a chance to take part in the games, the real long-term benefit could be to do well at the Olympics and to boost national morale.”