Is another financial crisis looming? 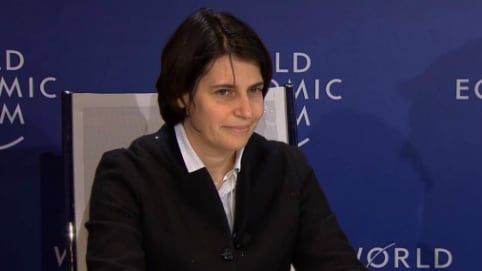 Debt is a high-risk factor for another financial crisis, according to Hélène Rey, Lord Bagri Professor of Economics at London Business School (LBS).

“We can still see risks in the world economy and the world financial markets,” she said. “What’s striking is that we are still dealing with a lot of debt that is the legacy of the previous crisis.”

Asked if she meant public or private debt, she pointed out that, during crises, the two can become interchangeable. Private debt becomes public debt when there are bailouts. Whether it’s household or financial sector or public debt, what is pretty clear from all the macroeconomic research is that debt is a high-risk factor – and especially after a credit boom period.

“This is what happened in the 2008 crisis: we had a massive credit boom, which was in fact very similar to the 1920s, before the Great Depression. Both crises started with over-valuation of assets and ended up with financial system meltdowns.”

Professor Rey pointed out that the cost of debt servicing was determined by interest rates. “Right now we are in a phase of ascending interest, which is good news – the world is recovering. However, there is always the possible danger that interest rates could rise quicker than one would expect.” She said she hoped risk managers were including that scenario in their considerations – “But one can never be sure.”

Professor Rey was speaking at the World Economic Forum Annual Meeting in Davos, in a session titled ‘Could 2018 be the year of the next financial crisis?’ chaired by Peter Wolodarski, Editor-in-Chief of the Swedish newspaper Dagens Nyheter. She would not be drawn on when another crisis might happen.

Her fellow panellist Michael C Bodson, President and CEO of The Depository Trust & Clearing Corporation (DTCC), agreed that debt was a concern but suggested that if world economies continued to expand, people should be able to absorb it.

“There’s nothing to indicate a looming crash,” he said. “The US with the stimulus of the tax cut is going to be gathering speed and the economy is going to be expanding that much further. The growth of wealth in emerging markets is a counter-buffer to some of the weaknesses elsewhere.”

However, he warned, there could be a massive market correction. “Everyone is getting very used to a low-volatility, upward-sloping market backed by a strong set of economies, but what if we have a geopolitical issue – what if there’s a housing crisis in China or a massive cyberattack? Are the markets ready?”

Professor Rey said the impact would depend on where risks were concentrated. Since the 2008 crisis there is more capital in the banking system and less leverage, and some of the risks seem to have migrated out into other entities, such as big asset managers, insurance companies and central counterparties, she said.

“But at this point in time we lack in-depth expertise about these factors and how vulnerable they are to risks, especially cybersecurity. There is still a lot to be done in terms of data sharing across borders and how a shock would unfold throughout the network.”

Bodson agreed. “As a CEO I worry about everything, but the only thing that keeps me up at night is cyberattacks.”