How the financial system fails us

Finance Financial governance Alumni
Save to my profile 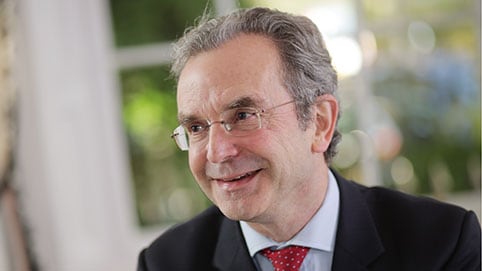 Pitt-Watson claims fiduciary duty, where the provider must put the customer’s interest first, is bending under the weight of complex accountability chains while inherent short-termism and increasing fees are slowly bleeding our savings. In his new book What They Do With Your Money; How the Financial System Fails Us, and How to Fix It, David and co-authors Stephen Davis and Jon Lukomnik explain what has gone wrong.

“If success is defined as efficiently promoting our interests, then the financial system as it currently exists in Britain, the United States and elsewhere is failing,” Pitt-Watson says. “On the best evidence, it has not improved its productivity in over 100 years.”

One example of poor performance they cite is the investment industry. The cash we save and have managed by institutional investors – pension, investment and insurance companies – has been used to purchase more than 70 per cent of shares in the largest companies in the USA and Britain.

“These savings should mean that companies are run to provide healthy sustainable pensions and savings outcomes. Instead companies are encouraged to be short term. More broadly, instead of stewarding our savings, the financial services industry has used them as a virtual ATM,” Davis explains.

“Whether it is the imposition of hidden charges or poor governance, excessive diversification or abuse of derivatives, high frequency trading or imperfect regulation, it is our savings which are affected. And the costs come out of our pockets.”

The authors are calling for a ‘re-boot of capitalism’.

“The financial system is enormously important. Without its services, it’s difficult to see how a modern economy could function,” says Pitt-Watson. “The industry just isn’t delivering for us – the general public – who are its ultimate customers.”

The authors suggest a series of reforms to make the system work properly. These include full transparency on fees, a revamp of governance and simplification of regulation to encourage the finance industry to take responsibility for doing the right thing in the first place, rather that regulating it every time something goes wrong.

“The current approach to regulation simply encourages participants to sail close to the wind,” Lukomnik argues.

“The system should work for us. Many of us wrongly assume that the people we entrust with our money are keeping it safe, and so we all too rarely call them to account. This book is a simple guide to what goes wrong, and a call to action for customers, suppliers, regulators and policy makers to begin to put things right,” Lukomnik concludes.

What They Do With Your Money; How the Financial System Fails Us, and How to Fix It, written by David Pitt-Watson, Stephen Davis and Jon Lukomnik is published by Yale University Press.