How age beat experience in the Austrian election 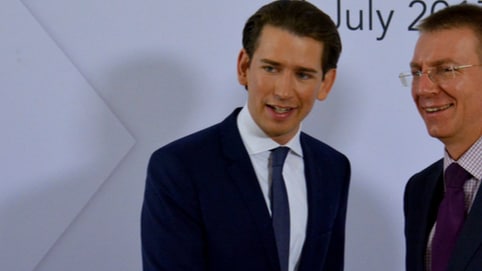 Austria’s millennial chancellor Sebastian Kurz – who is only 31 – won his country’s general election by offering voters a fresh vision, according to Julian Birkinshaw, Professor of Strategy and Entrepreneurship at London Business School (LBS).

Speaking on BBC World News, Professor Birkinshaw said younger politicians often offer a compelling vision, though whether or not they can deliver is another matter. He added that new leaders tend to hire people with the skills and experience to carry out the work. Not so in the corporate world. “In business, where older leaders are more the norm, you are expected to deliver on promises.”

Professor Birkinshaw said 39-year-old French president Emmanuel Macron was another young leader who had cleverly built a movement outside the mainstream, using his youth to appear baggage-free compared to his older rivals. “What he saw was this massive anti-establishment feeling across Europe and he tapped into that. I don’t think he genuinely thought he was going to win when he started, he was positioning himself, but the timing worked well.”

In contrast, he said, US presidents tend to be older because the process politicians have to follow in order to eventually be elected requires building a political support base. “In Europe we have a proper democratic system where someone can come from nowhere – if they’ve got a really fresh message that they can get people excited about, they can make it.”

Kurz is one of a number of young politicians coming to power, including New Zealand’s new premier Jacinda Ardern. The journalist Rachel Johnson claimed that political candidates are elected based on their perceived talent, irrespective of their age. “We’ve got to decide whether someone brings freshness or staleness,” she said.

Kurz, whom the Austrian tabloids have dubbed wunderwuzzi (“wonderkid”), became Europe’s youngest foreign minister in December 2013, when he was just 27. His Austrian People’s Party (ÖVP) was trailing in the polls until Kurz announced he was running for chancellor last June.

Since his party won more than 30% of the vote, Kurz is now in a position to choose who to form a coalition with and may controversially form an alliance with the nationalist Freedom Party of Austria.

He is on record as being “very unhappy” about the UK’s Brexit decision and wants UK/EU relations to remain “as intensive as possible”. Austria is a net contributor to the EU budget and has a large export sector.

In a Forbes article on Brexit, Professor Birkinshaw wrote, “Expertise and sophisticated analysis gets you only so far: if you want to bring people with you, you also need emotional conviction and you need to learn how to harness intuition more effectively.”

Referring to her brother Boris, the UK’s Foreign Secretary, during the BBC interview, Rachel Johnson quoted the 20th-century American writer H L Mencken: “Democracy is the most amusing form of government.”