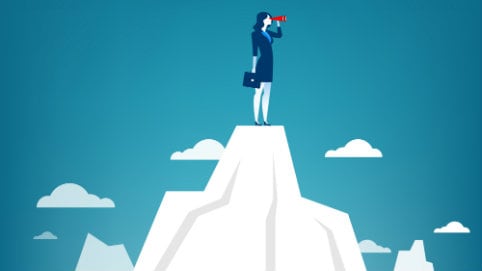 Women aiming for board-level roles can take heart from luxury carmaker Aston Martin, which has appointed Penny Hughes as its chair.

Hughes, a former Coca-Cola executive, has taken up the role as the company prepares for a £5 billion flotation on the London Stock Exchange in October. Her appointment is a significant milestone in Aston Martin’s history, according to chief executive Andy Palmer.

The stock market listing could see Aston Martin become one of Britain’s most valuable companies on the FTSE 100, making Hughes one of only seven female chairs in that index.

This appointment is timely following the recent launch of the 30% Club Senior Executive Programme scholarship. London Business School and the 30% Club – the group campaigning for more females in top corporate roles – introduced the scholarship to help women reach influential positions in business.

The scholarship gives participants the chance to learn, alongside other leaders from diverse global organisations, from renowned academics and industry speakers.

Opportunities for women to secure top executives roles are opening up, as the scholarship and Hughes’ appointment at Aston Martin shows.

Most senior executive roles in the global investment banking industry are held by men, making Wikramanayake’s appointment a significant landmark for women.

Elsewhere, cosmetics company Revlon announced Debra Perelman as its first ever female CEO in May 2018.

Promoting more women to the senior management and boards of British companies is a priority for the global investors that put money into those same businesses.

In February, 27 global investors with £10.5 trillion of assets under management signed up to an initiative pushing for 30% of executive roles on 350 FTSE boards to be filled by women by 2020. They also want women to hold 30% of senior management positions at FTSE 100 companies in the next two years.

Investors involved in the scheme, which was launched by the 30% Club, include JPMorgan Asset Management, BlackRock, Standard Life and Japan’s Government Pension Investment Fund.