Greece heads to the polls 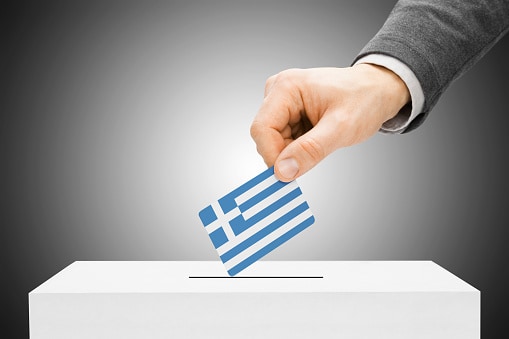 On Sunday, Greek voters will make the increasingly familiar trip to the polling stations, in what will be 2015’s third crucial national vote.

Like January’s election and July’s bailout referendum before it, the stakes are high, as the beleaguered nation attempts to form a new government after Prime Minister Alexis Tsipras’ resignation last month.

The snap election will reveal the extent of damage caused to Tsipras’ left-wing Syriza party after its leader eventually signed a deal with bailout creditors, conceding that the severity of its conditions were preferable to the realities of a Grexit.

Amid varying degrees of competition from 19 parties and coalitions – including Popular Unity, the far-left break-off wing of Syriza – Tsipras will know the threat from Vangelis Meimarakis’ New Democracy (ND) party poses his greatest danger, with some polls placing the parties neck-and-neck with just days to go.

So what critical challenges await a delicate Greece, its frail economy and, if polls are to be believed, a coalition assembled government?

Greece has now received more than £218 billion (300bn euro) in bailouts from the Troika, its international lenders, but against strict conditions including sweeping budget cuts and tax increases.

GDP has shrunk by a quarter in five years, more than 25% of its workforce is unemployed while wages and pensions have fallen dramatically. Almost a third of the population is thought to be living below the poverty line.

Bailout funds, rather than being directly injected into the economy are being used to pay off loans, leaving Greece at a perpetual standstill, with a debt almost twice its GDP.

“Greece’s success will depend on its ability to undertake a massive reform and reorganisation project. There is little room for manoeuvre in negotiating for more assistance,” he says.

“The memorandum of understanding (MoU) between Greece and the Troika is much more detailed and firm; and there is now a greater acceptance that, should reforms happen, debt reprofiling (which can be as effective as restructuring) can take place. Yet the change needed in Greece should not be underestimated, and the lack of competence and stability of those in government and the administration remain a weak point.”

Pivotal to Sunday’s outcome will be the votes of those who have lost hope in Syriza.

Meimarakis’ New Democracy presents a ‘back-to-stability’ image which may chime with factions of disillusioned Syriza voters, while others who voted for Tsipras in January are already thought to have departed for newly-established far-left, and even far-right camps.

Dr Jacobides notes: “Politically, Tsipras proved to have underestimated public anger at the mis-handling of the (bailout) negotiations and the role of capital controls.

“Within a few weeks, New Democracy has strengthened remarkably, under the leadership of an old party hand who was its interim President. All polls suggest that this is too close to call. Syriza still benefits from votes of protest against the “old party politics”, despite the fact that Syriza’s own actions have been as old party as it gets - rhetoric and TV spots notwithstanding.

“The current elections, which have further stalled the Greek economy, have at least had the benefit of clarifying Syriza’s support for the MoU, and have shown that the breakup left-wing fraction of Syriza has very limited electoral support - less than 5%, according to latest polls. So, counter-intuitively, these elections might help create more stable conditions.”

When Greece goes to the polls, its voters will look at the main party leaders themselves; their abilities and leadership styles.

Viewed as a charismatic and energetic leader, Tsipras won the imaginations of his public back in January, receiving goodwill en masse for his pull-no-punches attitude to resolving Greece’s “humanitarian crisis.”

As little as two months ago, Syriza held an approval rate of 70%, a figure vastly demolished in the wake of its leader’s failure to repel crippling bailout terms.

Tammy Erickson, Adjunct Professor, Organisational Behaviour, London Business School, says: “As the elections in Greece near, the two candidates vying for Prime Minister could not be more different. Their public styles contrast sharply - and may offer lessons on leadership options to address the challenges faced by both politicians and leaders in many other spheres today.

“Alexis Tsipras is most frequently described by the press as ‘charismatic.’ In contrast, Vangelis Meimarakis, a man who has habitually played a supportive role in his party and who inherited his current role by default when his predecessor resigned, appears to observers as staid and consensual,” she explains.

“Over the past decades, much of the literature on leadership has extolled the advantages of the charismatic leader, someone with exceptional qualities, set apart from ordinary people. Charismatic leaders are expected to exhibit strong visions, to take risks and, frankly, to perform near-miracles in unwavering pursuit of their followers’ ends. By taking on the mantle of charisma, Tsipras, intentionally or not, has set himself a very high bar.”

Erickson argues that Meimarakis could at this moment imbue the leadership qualities demanded by a nation in crisis.

“Our work on leadership at London Business School points to approaches that are more effective in situations of turbulence or ambiguity. We help executives understand approaches that pull others in – through collaboration, openness to new ideas, and the ability to invite all interested parties to engage in meaningful solutions.

“If Meimarakis were to win next week’s election, it’s possible that his collaborative and supportive posture would give him more latitude than Tsipras has enjoyed to lead the country toward a positive outcome.”

As the fourth Greek election in less than three and a half years, it could be optimistic to hope Sunday’s poll will instantly form the basis of long-standing economic stability in Greece.

As Dr Jacobides explains: “Investment will not flow in before the first review of the new MoU is over, since investors will need to see some clear signs of improvement before committing more funds.

“Political stability and administrative efficiency, or at least the ability to respond to the Troika requests, will judge the next steps in Greece.

“The bar is very high, so we can expect a tense period. However if changes do happen, there is ample scope for improving the efficiency and the dynamism of Greece’s economy.

“The next few weeks will shape the politics; the next few months will seal the country’s fate.”