Economics Emerging markets Government Regulation
Save to my profile 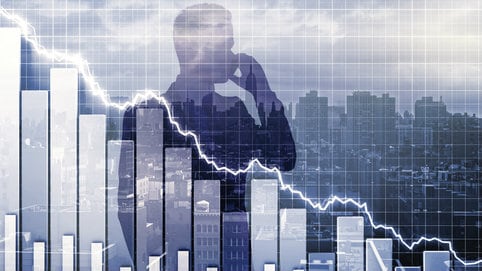 For America, the US central bank’s move to raise interest rates by 0.25% in December 2015 is seen as a key step towards economic recovery. But the decision is already hitting stability in other financial markets and emerging economies.

Africa immediately felt the pinch, with the continent’s most widely traded currency, the South African Rand, falling in value. Elsewhere, the Brazilian real hit a record low against the US dollar on 21 January, prompting the International Monetary Fund (IMF) to revise its forecast for Brazil’s economy in 2016, now predicted to shrink by 3.5%. Meanwhile, low oil prices and the slowdown in China have led to volatility across financial markets.


The Federal government’s decision to increase the US interest rate – spurred by high employment levels and 2% growth in Q3 of 2015 – may signal an upturn in the American economy. However, Hélène Rey, an Academic Director of the AQR Asset Management Institute and Professor of Economics at London Business School, says that investors with capital in emerging markets often pull out when the US interest rate rises.

“US monetary policy is one of the drivers of a global financial cycle, which involves major moves in capital flows,” she says. “When the US increases the interest rate, you tend to see deleveraging in the financial system and a rise in outflows from emerging markets.

“A big worry for emerging markets is when they have sizeable debts in dollars, which puts pressure on their balance sheets. Countries that earn most of their income in a local currency see their debts increase as the value of the dollar rises. The country’s currency then depreciates and capital outflows increase, with investors taking their money back to the US.”

China’s challenge
China’s slowdown has taken its toll on economies and markets around the globe. The yuan plunged to a five-year low on 6 January, when the People’s Bank of China (PBC) set its daily interest rate at 6.53 to the dollar. Like other nations, China has suffered from investors shifting their capital elsewhere following the US interest rate rise.

“The value of the yuan versus the dollar is going down, leading to more capital outflows from China,” Professor Rey says. “The depreciation of the yuan is a destabilising factor for financial markets, although China does have huge amounts of capital reserves. But the question is: how much is the country willing to spend to defend its currency?”

Other factors contributing to China’s slowdown include the Shanghai stock index, which is down 48% from its June 2015 peak, and the decline in its projected growth. In January 2016, the World Bank cut the country’s growth forecast to 6.7% for the year, its lowest rate since 1990.

Instability in China may be unsettling, but Professor Rey believes more modest growth is normal for a nation whose economy has begun shifting from exports to consumption and services.

“The slowdown is normal, because China’s economy is undergoing a transformation and that takes time,” she says. “As for the nation’s stock market, it’s small enough not to have a major impact on other markets.”

Professor Rey adds that fears of the China slowdown are exacerbated by uncertainty and a lack of information. “The PBC has not been clear about its exchange rate strategy, which is an issue. China was pegged to the dollar, but it’s now switching to a basket of currencies and we’re seeing a depreciation of the yuan as a result. Better communication of the strategy would help stabilise things.”

Curbing investment
Measures preventing investors from overleveraging when investing in emerging economies would help reduce the risk of erratic market behaviour, according to Professor Rey.

In her 2013 paper, ‘Dilemma not Trilemma: The Global Financial Cycle and Monetary Policy Independence’, Professor Rey wrote about macroprudential policies: rules to reduce instability across the financial system, by introducing capital requirements and leverage caps for banks. She argued that such policies would counter investment outflows when, for example, the US increases its interest rate.

But with macroprudential policies mostly geared towards banks, Professor Rey believes other measures such as capital controls are needed to stop financial firms from overleveraging. When the economic downturn hit in 2008, Iceland’s government blocked investors who had built up big positions in Icelandic assets from selling and converting them to foreign currencies, before pulling them out of the country.

The Cypriot government introduced similar measures in 2013 to restrict capital transfers amid the Greek debt crisis. Transfers by individuals to foreign banks were capped at €20,000 (£15,147), while travellers could only move up to €10,000 (£7,573) out of the country. Banks in Cyprus lost about €4.5 billion worth of Greek sovereign bonds – equivalent to 25% of Cypriot GDP – forcing the European Union and IMF to provide a €10 billion (£7.57 billion) bailout.

“People buy assets when the liquidity is very cheap, they overleverage and then they have a big fire sale when something affects their investment, such as the US interest rate rise, which in turn impacts financial markets,” she says. “That’s clearly a market failure. These types of failures call for regulation to prevent people from overleveraging, by introducing macroprudential measures and tightening bank standards.”