Giving that disrupts the status quo 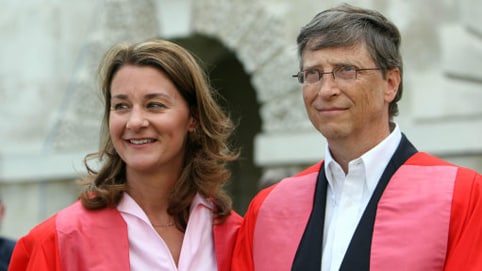 For what it was, the Victorian era was seen as a high point in philanthropic giving.

And with Christmas upon us, it’s warming to look back at a time which saw almsgiving enter the collective conscience and the emergence of those willing to share wealth for the greater good.

But a more discerning look back through the annals reminds us that, while the distant act of signing of a cheque may have temporarily enhanced the lives of the poor, it did little to relieve the wider problem of poverty.

Today’s best-known philanthropists - epitomised by the likes of Bill and Melinda Gates - have a far more interventionist interpretation of their role. They know that a cheque can only get you so far.

Enter the Philanthropreneur, and Stars Foundation.

On 13 December, London Business School hosts the Philanthropreneurship Forum, an initiative of Stars Foundation; the London-based independent charity founded by the Al-Dabbagh Group, and His Excellency Amr Al-Dabbagh.

As academic advisor to the Forum and Professor of Marketing, London Business School, Rajesh Chandy is known for his invaluable work with micro-entrepreneurs in India, South-East Asia and South Africa - where the School takes MBA students annually on its Global Business Experience to Johannesburg.

Professor Chandy, who holds the Tony and Maureen Wheeler Chair in Entrepreneurship, has also drawn on these experiences in tracking the rise of the philanthropreneur.

The term neatly encapsulates what Stars Foundation describes as the “recasting of philanthropy as more than the provenance of wealthy donors, and reclaiming ‘enterprise’ to mean more then simply ‘for profit’.”

Professor Chandy argues that at the heart of philanthropreneurship is the reality that the skills which enabled people to make their fortunes in the first place are often the ones required to solve apparently intractable problems.

The first person to be labelled a philanthropist was 18th century penal reformer John Howard; his definition of the term being “love of mankind, good nature”.

But, while Howard’s heart was rooted in the right place, we now know philanthropy to be an evolving and complex concept.

According to new figures from the Charities Aid Foundation UK, charitable giving increased by £1.1bn in 2012-13, to £10.4bn. Furthermore, the Government’s Community Life survey for 2013-14 shows that 27% of those questioned reported volunteering formally (through a group or organisation) at least once a month.

So while a programme like Channel 4’s The Secret Millionaire may bestow the idea of philanthropist as a silent, almost covert benefactor - December’s Forum represents the true face of effective, modern-day charity.

Evan as far back as 1949, the architect of the welfare state William Beveridge mentioned "a perpetually moving frontier for philanthropic giving".

Among the most noted social entrepreneurs of our time - take Richard Branson, Bill Clinton - we notice certain attributes. As Professor Chandy explains, “… entrepreneurial chutzpah and business thinking are often the big things which philanthropreneurs bring with them - not just hard cash.

“They bring their chequebooks and their business acumen.”

And philanthropreneurs like these seldom work alone; indeed the act of grant-making is more collaborative than it has ever been before.

Increasingly, Chandy argues, the cash is not invested in things but people who make things happen.

These principles are at the heart of Stars Foundation. Its Forum will bring together the best minds from academia, development, social enterprise and government - and delve far beyond compassionate capitalism.

Among a celebrated cast of speakers, the School will host Unilever CEO Paul Polman and Dr Mo Ibrahim, listed among TIME magazine’s 100 most influential people in the world in 2008.

Delegates will dissect conventional notions of impact, sustainability and scale while determining the role philanthropreneurship can have in delivering meaningful social change.

“Entrepreneurs at heart, they look at the whole landscape, watching for a perfect storm - a moment when they can harness the technological, social, political, and economic winds that are blowing all around us - to achieve sustainable change.”