Government and Society Women
Save to my profile 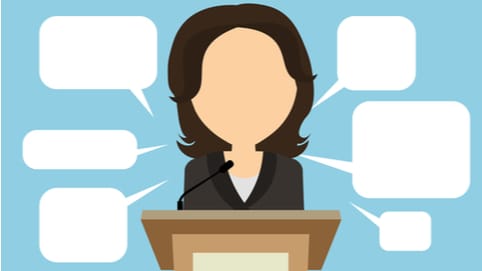 The London Business School alumna, who won the Chichester seat in the 2017 general election, believes that representing the Conservative Party can make her a target for people who have preconceived ideas about what that means.

“Politicians aren’t held in high esteem by all members of society and there’s often a party political angle to how they feel about you,” she says. “Because you’re a Conservative, some people think that means you are disconnected, uncaring, posh and rich.

“You need to prepare yourself for the hate-filled comments you receive, particularly from the hard-left people, on Twitter or Facebook. After a few times, your reaction goes from shock to, ‘Oh, there they are again’. It’s one of the things that puts people off going into politics.”

Keegan’s comments highlight a challenge facing people in the public eye. Sir Martin Moore-Bick, Chairman of the inquiry into the tragic Grenfell Tower fire, which claimed around 80 lives, is accused of being the wrong race, class and gender for the role.

Emma Dent Coad, Labour MP for Kensington, said that Moore-Bick should be replaced by someone with a “human face”. David Lammy MP questioned the decision to appoint a “white upper-middle-class man”, while BME Lawyers 4 Grenfell said he was an “astonishing” choice.

Responding to misconceptions about her character, Keegan said she entered politics to give people the same opportunities she had when growing up.

Keegan is from a working-class background in Huyton, Merseyside. She left secondary school aged 16 and joined a car factory as an apprentice. She then spent almost three decades establishing a successful business career in manufacturing, banking and IT, before entering politics.

“It’s been a journey from where I started in Huyton to living and working all over the world,” she said. “Not many people have the chance to become a senior executive in business, and then a politician.

“The apprenticeship I did opened many doors for me; it offered high quality training and included degree sponsorship. That opportunity isn’t as available as it should be to young people today. I want to help change that.”