Finance Research Faculty news
Save to my profile 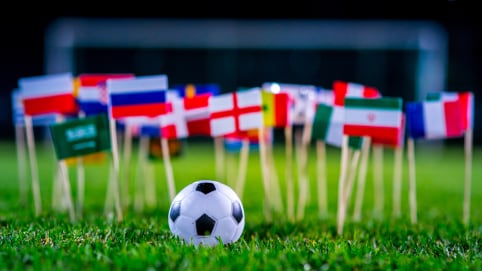 A poor England performance in the FIFA World Cup may not only depress fans, it may also depress the stock market.

Alex Edmans, Professor of Finance at London Business School, said a loss by the England national football team in the Russian tournament had the potential to wipe £12 billion off the England stock market.

“Sport is an emotional topic for millions of people, including professional and personal investors. Their trading decisions are affected by mood, so the performance of a national team in an international competition can have major financial repercussions that reach far beyond the playing field,” Professor Edmans said.

“A Three Lions elimination from the upcoming World Cup could have a significantly negative effect on financial markets.”

Professor Edmans’ observations stem from his own research on sport sentiment and stock returns. In a study carried out with Diego García and Øyvind Norli, and published in the prestigious Journal of Finance, the trio found evidence that billions of pounds could disappear from a country’s stock market due to the emotional turmoil of a loss by a national team at an international-level sporting tournament.

To measure this effect, the researchers analysed 1100 football matches and stock returns in 39 countries.

“We found that a loss in an elimination match of the football World Cup triggered a 0.5% fall in the country’s national market the next day – even after controlling for movements in the world markets,” Professor Edmans said.

“This year’s market volatility tells us that investors are particularly jumpy at the moment and it’s a trend that will most likely continue as teams fail to progress through the World Cup elimination rounds.”

The researchers also discovered that a loss by a national sporting team had a greater impact on financial markets when the prestige of the competition was greater (FIFA World Cup versus the UEFA European Championship). Similarly, the effect on markets was more pronounced when a loss led to the side’s immediate elimination from a competition. The loss of a match also had a greater impact on financial markets in footballing nations like England, Germany, France and Spain where the sport was particularly popular, according to the study.

The researchers were able to rule out related economic factors like loss of future merchandise sales as causing the measured market downturn.

“Our analysis also found that a win by a national team did not result in an improvement in the country’s financial market performance. This might be because fans overestimate their team’s ability and so a win comes as less of a surprise than a loss,” Professor Edmans said.

“In many cases, the emotional consequences of a loss are also greater. A win simply sends a side through to the next round, but a loss can mean the end of the team’s competition.”

Applying the research to the 2014 FIFA World Cup

The study’s findings, published prior to the previous World Cup, were confirmed by the results of that 2014 tournament. Two thirds of the losses by a country with an active stock market were followed by the national market underperforming against the world market. For example, when England lost 1-0 to Italy, the FTSE fell by 0.4% while the world market was flat. When France lost to Germany in the “clash of the titans” quarterfinal, the French market crashed 1.4%. Spain’s shock 5-1 defeat to the Netherlands led to its market declining by 1%.

“The main anomaly was that after host-nation Brazil’s humiliating 7-1 defeat against Germany in the semi-finals the stock market rose 1.8%,” Professor Edmans recalled.

“The defeat was so bad that investors thought it increased hopes that socialist President Dilma Rousseff would be ousted in October’s elections and be replaced by the more business-friendly Aecio Neves.

“The economy had been mired in stagflation under Rousseff’s presidency. Her popularity was particularly tied to the football team because she spent billions on stadiums for the World Cup instead of keeping her pre-election promises to spend on schools, hospitals and general infrastructure.

“So, for this game also, sports results affected the stock market, but for very different reasons.”