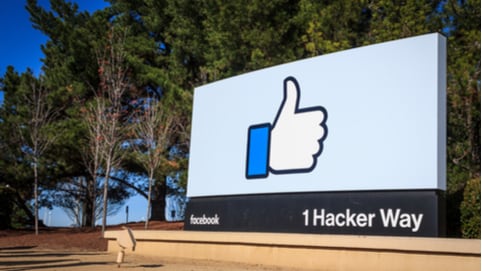 Facebook remains one of the world’s biggest tech companies, despite a US$120 billion (£92 million) drop in value caused by the social media network’s share price plummeting 20% in late July.

The fall came after Facebook published its second quarter results for 2018, which while still positive, dropped below investor expectations.

The company announced that its user growth rose at its slowest rate in two years. It also warned that billions in spending to improve privacy and track advertisers would outweigh revenue gains.

Recent woes aside, Facebook still has an almost unshakeable reputation as one of the tech sector’s dominating forces – alongside Google, Apple, Amazon and Microsoft.

“Nine mutually reinforcing factors drive these companies’ market dominance,” said Patrick Barwise, Emeritus Professor of Management and Marketing at London Business School, in his article on why such businesses dominate the tech industry.

“The first four factors are relatively obvious; the others perhaps less so, being based more on human behaviour than on economics and technology.”

The nine factors behind Facebook's and other tech leaders’ dominance are:

Tech companies that establish themselves as market leaders are almost impossible to displace because of mutually reinforcing factors.

“Will ‘creative destruction’ – capitalism’s ability to innovate, destroy and reinvent itself – eventually take care of the tech giants’ market dominance? This seems unlikely because the combination of winner-take-all factors is so powerful,” Professor Barwise said.

“For example, a challenger to Google in search would have to offer an incentive or a noticeably better experience to attract users, over a period long enough to break their Googling habit. This would take years and cost tens of billions, with little chance of success. Microsoft’s cumulative losses in search were estimated at $11 billion (£8.4 billion) in 2013.”