Finance Leadership Research
Save to my profile 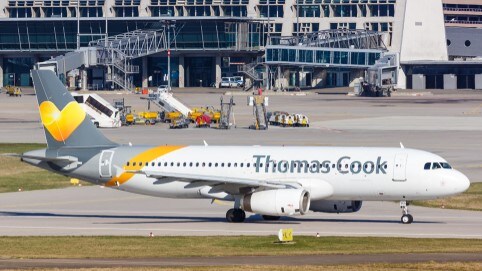 The collapse of one of the UK’s oldest travel companies has left in its wake huge job losses and, according to reports in the Financial Times, the biggest emergency repatriation in peacetime to bring 150,000 stranded UK holidaymakers home.

Unsurprisingly, the Business Secretary has announced an investigation and Peter Fankhauser’s salary is headline news, but a London Business School (LBS) expert on executive pay suggests senior salaries are unlikely to have been the cause of the collapse of the 178-year-old firm.

Alex Edmans, Professor of Finance and Academic Director, Centre for Corporate Governance, LBS – who has researched and written extensively on the issue of executive pay and structure – says of the criticism that Fankhauser and others took large salaries while overseeing the decline of the company: “The failure of Thomas Cook is extremely serious for its 9,000 UK workers, 12,000 overseas employees, and stranded holidaymakers. It’s thus crucial that we understand its causes to prevent future collapses, and so the Business Secretary’s probe is welcome.

"But it’s unwarranted to immediately blame the failure on executive salaries – many people’s favourite villain – without a thorough investigation. This is an example of people having a hammer and everything looking like a nail. Studying the facts, the CEO and CFO actually received zero bonuses in 2018, from either their short-term and long-term incentive schemes, because they missed their targets."

The Financial Times reports that, in July, the company said it was in “advanced discussions” for a £750m recapitalisation funded by Fosun. Since then, the size of the necessary rescue package needed to bail-out the travel industry veteran has continued to increase. Moreover, much has been made of the £20 million that top executives earned over the past five years, suggesting that excessive salaries caused the collapse.

“Research has indeed found that pay packages can lead to poor decisions and potentially corporate failures. But it’s the structure of the package that matters, not the top line salary number. £20 million – or an average of £2 million per executive per year – is only a small proportion of the £200 million Thomas Cook needed to keep going,” Edmans explains.

Edmans in no way downplays the very serious failures and fall-out of the firm’s demise. “The common focus on pay levels is based on the 'pie-splitting' mentality that executive pay is at the expense of everyone else,” he says. “Yet the amounts are so small compared to firm value that the extent of redistribution is minor.”

He argues that growing the pie creates substantially more value than splitting it differently, and this in in turn depends on the structure of pay.

“The investigation should scrutinise whether inefficient pay structures, rather than pay levels, contributed to the collapse. Moreover, there are many other potential explanations – bad management decisions (irrespective of how they were paid), an ineffective board, shareholders failing or being unable to engage, and external factors such as Brexit uncertainty, the weak pound, and the increase in online holiday bookings. A thorough investigation into these causes, that doesn’t start from a pre-conception that one culprit is to blame, will help prevent future collapses.”

It seems certain that stranded holidaymakers who had booked flights (which are now non-existent) with Thomas Cook Airlines will share the view poor governance has played a part.