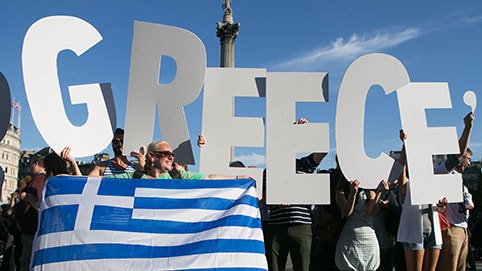 Greece’s recovery depends not on global politics, but on allowing entrepreneurs and established firms to bolster the economy, according to Michael G Jacobides, Sir Donald Gordon Associate Professor of Entrepreneurship and Innovation, London Business School.

The conference will be a showcase of how growth can happen through entrepreneurship, and will feature a host of entrepreneurs and venture capitalists, as well as economists and policy makers, who will look at the best ways to support growth in Greece. It will also focus on how Greece can leverage its considerable diaspora to generate growth through support, mentoring, knowledge transfer and networking.

In addition to entrepreneurship mentoring support, which is what Reload Greece, a fast-growing charity offers, there is a crucial role in the future of the Greek economy for key government changes. As Jacobides argued recently in Harvard Business Review, Greece needs a reform of its administration and this won’t happen without the right numbers in sight.

“The revival of the Greek economy also depends on a shift from speaking about the global environment, to a focus on tracking hard facts about the Greek economy and its public administration,” Jacobides explains. “Without a focus on the right numbers, Greece will carry on muddling through from crisis to crisis, with a privileged few profiting from the economy’s travails.”

“In nearly every domain – from healthcare to education and the environment – the Greek government is avoiding applying credible metrics to assess the effectiveness of its policies and initiatives,” Jacobides says.

Promising companies hit a bottleneck he says. “With the public administration slowing things down, nobody can take advantage of Greece’s vast potential and bright, young, ambitious entrepreneurs who often migrate or sell abroad to survive.

“For a country that belied the expectations of most economists and managed to eliminate a 15% deficit at huge cost for its citizens, a continuation of business as usual would be a tragedy."

And that he says, is why the right figures are what creditors should be focusing on – and the time to push for them is now.

Reload Greece is run in partnership with London Business School and SEESOX, part of the European Studies Centre of Oxford University.