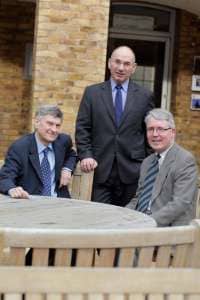 After exceptional performance during the first decade of the 21st century, emerging market equities have recently suffered setbacks, say London Business School authors of the Credit Suisse Global Investment Returns Yearbook 2014, which is published today. Long-term investors are advised not to be overly influenced by these short-term fluctuations.

The authors, Elroy Dimson, Paul Marsh, and Mike Staunton of London Business School, explain: “The first article in the 2014 Yearbook presents an evidence-based review of the performance of 85 markets around the world. Of these, 23 were developed markets, while 62 were developing markets – either emerging or frontier markets.

“The long-term (114-year) equity risk premium for a US investor in emerging markets was 3.4%, as compared to 4.3% for developed markets. However, this underperformance can be traced back to the distant 1940s and we expect superior returns in the future, in line with the higher risk of emerging markets.”

The authors also look at the incidence of financial crises in both emerging and developed markets. They conclude that: “Despite the popular conception, contagion is not the norm during emerging market crises. In contrast, crises originating in developed markets have proved far more contagious.”

The value effect, say the authors, has been strong both within emerging markets and as the basis for a successful rotation strategy between markets. They document the continuing diversification benefits from emerging markets, and assert that the recent turn of sentiment against emerging markets seems overly pessimistic from the perspective of a long-term investor.

Published by the Credit Suisse Research Institute in collaboration with London Business School, the 2014 Yearbook also revisits the authors’ finding, in their widely-cited book Triumph of the Optimists, that stock returns fail to mirror economic growth, and presents new evidence and explanations for this puzzle.

The authors show that population flows tend to reflect aggregate economic growth. Increases in gross domestic product (GDP) therefore tend to be spread over an enlarged population. They find that economies rarely maintain a high rate of uninterrupted growth over a sequence of years, and setbacks are commonplace.

Though difficult for investors to capture in portfolio returns, they show that stronger GDP growth is generally good for investors. The authors warn against chasing the shares of countries that have historically grown fast. However, they also show that perfect forecasts of future GDP changes would be very valuable to investors, while cautioning that it is hard to make accurate predictions of changes that are not already discounted in stock prices.

Giles Keating, Head of Research and Deputy Global CIO for Private Banking and Wealth Management at Credit Suisse, said: “The recovery in developed world economies now appears to be well under way. However, there are concerns that some emerging countries will confront a more challenging future. In this context, the Credit Suisse Global Investment Returns Yearbook 2014 examines the relationship between GDP growth, stock returns and the long-run performance of emerging markets.”

Stefano Natella, Head of Global Securities Research for Investment Banking at Credit Suisse, said: “At a time when investors are confronted by the prevailing volatility in capital markets, particularly emerging markets, the data in the Yearbook, now stretching back 114 years and spanning 23 countries, provides investors a unique perspective with which to make informed asset allocation decisions.”