Financial governance
Save to my profile

London Business School Emeritus Professor, Elroy Dimson, has been appointed as Chairman of the FTSE Policy Group - the most senior position within the FTSE Governance Committees. 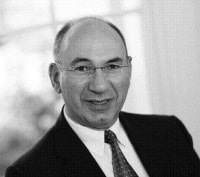 Professor Dimson, who was involved, with Emeritus Professor Paul Marsh, in setting up FTSE’s first indices in 1984, replaces David Hobbs who has chaired the Policy Group since March 2010.

Elroy joined the School in 1974 and was employed as a full time faculty member until 2009 when he became an Emeritus Professor.


Elroy Dimson chairs the Strategy Council Of The Norwegian Government Pension Fund, the world's largest investor. He also sits on the investment committees of Guy’s and St Thomas’ Charity, UnLtd (the Foundation for Social Entrepreneurs), and the University of London endowment.

Professor Dimson has been elected Honorary Fellowships by the CFA Society of the UK and by the Institute of Actuaries. He recently won the James Vertin Award from the CFA Institute for his contributions to the investment profession, and the Moskowitz Prize For Research on Responsible Investment. He is a member of the advisory board of the CFA Institute.