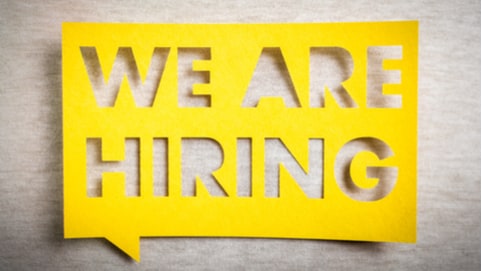 The growth in populism across Europe has less to do with anti-immigrant sentiment and more to do with the rise in unemployment, according to Elias Papaioannou, Professor of Economics at London Business School.

“The Great Recession, coupled with the inability of European institutions and the indecisiveness of policy markets to cope with its devastating economic consequences, has led to a dramatic decline in the confidence of citizens in political and legal institutions, putting democracy at risk,” he said.

Speaking at the Washington DC thinktank the Brookings Institution, Professor Papaioannou claimed that economic insecurity rather than xenophobia was the main reason why people voted for anti-establishment political parties in some parts of Europe.

Professor Papaioannou was presenting a paper, The European Trust Crisis and the Rise of Populism, which he co-authored with Yann Algan, Dean, School of Public Affairs, Sciences Po; Sergei Guriev, Chief Economist, European Bank for Reconstruction and Development; and Evgenia Passari, Assistant Professor of Finance at Université Paris Dauphine.

The researchers studied the evolution of unemployment, attitudes and voting in more than 200 European regions across 26 European countries between 2000 and 2017. They found that increases in unemployment since the financial crisis were strongly correlated to increases in support for populist and anti-establishment political parties.

They also found a statistically and economically significant relationship between regional unemployment and a decline in trust towards European and national political institutions. The overall unemployment rate in the European Union (EU) increased from 7% in 2007 to 11% in 2013.

“Governments need the confidence of their citizens to successfully address policy challenges and to convince the public about the necessity of unpopular policy choices,” said Professor Papaioannou. “The loss of trust in political institutions might well explain the enduring economic crisis in Europe.

“Our results imply that the loss of confidence in national and European political institutions and the rise of populism are strongly related to the effect of the crisis on jobs, and much less so to a cultural backlash. Even a temporary increase in unemployment may result in a political fallout, which in turn give rises to anti-market policies and undermines long-term economic growth.”

What can the European countries and the EU do to combat unemployment? “The most straightforward response is to implement growth-promoting policies,” Professor Papaioannou said. “Besides supply-side interventions in labour, capital and product markets, such policies include pan-European counter-cyclical fiscal policies.”

The researchers called for the EU to revamp its budget, which at present is about 1% of EU GDP, and to redirect its priorities on research, innovation and public infrastructures. They also highlighted the need for member states to retrain unskilled workers, improving their education, lifelong learning and training systems.