Innovation Business management and operation
Save to my profile 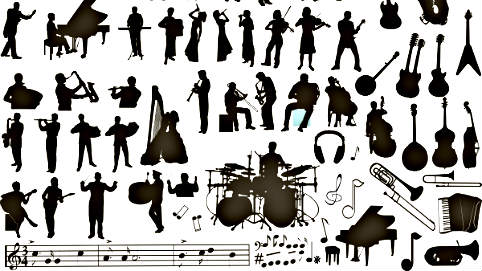 Lynda Gratton, Professor of Management Practice at LBS, asked panellists: “Does your organisation take a structured approach to innovation, like a symphony? Or does it allow messy innovation, without formal processes, like a jazz band?” Each respondent said their company had adopted one of the two approaches.

Julian Birkinshaw, Professor of Strategy and Entrepreneurship and Academic Director of the Deloitte Institute at LBS, said there was an ongoing tussle between established businesses and newcomers. “It’s the party of the past up against the party of the future.”

He set out two options facing corporations that want to innovate: the ‘old guard’, where people do things traditionally, and the disruptive ‘upstarts’. “In the world of innovation, commerce and business, there are always incumbents doing things how they’ve always been done and alongside them, the start-ups, venture capitalists and entrepreneurs trying to challenge the norm.”

Professor Birkinshaw added that there were no predictable winners of the ongoing battle. “Sometimes the incumbents fight back and sometimes they lose out.” He pointed to Kodak and Nokia as examples of big companies that were overtaken by innovation elsewhere. In contrast, the ‘big five’ banks have remained strong in the face of financial disruption, he said.

Companies should examine their assets before deciding on the why and how of innovation, according to Professor Birkinshaw. “Established companies have resources and existing processes. But they also have a number of obstacles, namely processes,” he added, “making the establishment risk-averse.”

Big businesses are also at risk of over-engineering procedures that stifle innovation. “I remember a senior executive at a Swiss bank who once said, ‘Whenever I see an idea that I want to kill, I put it into our formal innovation processes, because sooner or later the amount of layers will kill it.’”

• Companies need to get leaner and more agile. They need to de-layer and remove processes to get closer to their customers
• They could choose to work directly with the start-ups threatening to disrupt them. Unilever, for example, now pitches specific challenges to innovators. It is the company’s way of getting nearer to smaller, innovative businesses
• Buy an innovative and experimental ‘fast second’ company through which you can enter new markets. Microsoft took this approach when it bought Skype in 2011. Money and muscle can be used to bring innovation in.

“These three mechanisms are just a small range of options available to corporates innovating. They all work. But it’s up to the organisations to choose their strategy.”