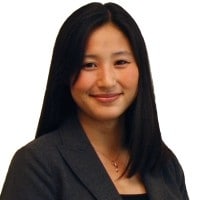 Research shows the power of linguistic subtleties in business.

Managers can empower, encourage, and impact the behaviours of their employees through just subtle changes in their messages and words, according to research from London Business School.

Whether it is a sign in a park asking people to not be a litterbug or a manager’s message to employees to instil ethical behaviour in the workplace, the messaging can impact the outcome.  The research has found that such variations in linguistic technicalities can be used as a powerful tool in preventing unethical behaviour and can make all the difference in the world of business.

Gabrielle Adams, Assistant Professor of Organisational Behaviour at London Business School, has co-authored research with Benoît Monin of Stanford University that was led by Christopher Bryan of University of California, San Diego. Together, they carried out a series of experiments focused around the power of linguistic variation.

Commenting on the research, Dr Adams explains that “People were less likely to cheat when we referred to the behaviour as 'being a cheater' rather than 'cheating.' This is because the term 'cheater' is relevant to the person's identity, and has implications for the kind of person they would be if they were to cheat. This research is exciting because it suggests that a very simple way leaders might curb unethical behaviour is with subtle linguistic cues that highlight the implications that the behaviour might have for a person's identity.”

The study, entitled 'When cheating would make you a cheater: Implicating the Self Prevents Unethical Behaviour', included three experiments which used two different paradigms.

It found that the likelihood of people cheating was less when a subtle change in phrasing labelled the behaviours as inconsistent with people’s desire to see themselves as good and honest.

Each participant was given the chance to claim money they were not entitled to at the researchers’ expense. However, some were given instructions that referred to cheating with language that was designed to highlight the implications of cheating for the actor's identity (e.g., "Please don't be a cheater") and some were given instructions with language that focused on the action (e.g., "Please don't cheat").

The findings revealed that those in the "cheating" condition claimed a significantly greater amount of money than their counterparts in the "cheater" condition, who showed no evidence of having cheated at all. Cheating is not a phenomenon but this research shows how to prevent this psychological fudging and eliminate a great deal of cheating.