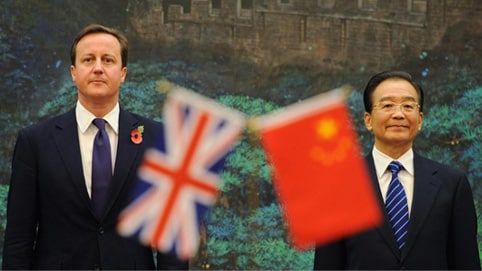 China confirmed earlier this week that it will invest £105bn in British infrastructure by 2025. Such a colossal statement of intent underlines a clear vision of Chinese leaders; to target active assets with safe returns.

The UK’s transport, energy and property infrastructure will be the chief benefactor of this growing wave of Chinese capital over the next decade. China’s Investment Corporation already has a 10% holding in Heathrow airport.

China’s domestic property market has been overheating and the cheap renminbi policy has aggravated tensions with the likes of the US and Germany by running up huge trade surpluses.

Instead of throwing endless funding into what in many respects remains an oversaturated economy on home soil following a five-year credit boom, China is looking to safeguard its reserves by investing in economies where growth is forecast, such as the UK. In many ways it is playing the long game.

A change of emphasis

A Chinese official commented that, judging by current trends, outbound direct investment (which has experienced a 21.6% year-on year rise in 2014 to date) is set for the first time to exceed investment into the country.

The flow of Chinese investment into the UK reached uncharted highs in the first half of this year. House of Fraser was the beneficiary of a $790m injection from Sanpower, while London’s Old Street was bolstered to the tune of $187m in real estate, from China Construction Bank.

But what else can we glean about the business strategies of our new, eastern paymasters?

We know that many more Chinese companies and executives are coming to London to learn. “We have seen a huge increase in executives attending programmes here,” observed David Brown, Executive Director for Executive Education at London Business School.

“Where previously we might have seen managers attending Finance or Marketing courses we now see interest from executives in Strategy, Leadership and General Management courses.”

There are also increasing levels of engagement from the leaders of companies. Earlier this year The China Entrepreneurs Club, a non-profit organisation made up of the most influential business leaders in China, came to London Business School to gain insight into effective leadership, influence, human resources, branding and marketing.

Mr. Wu Shaowu, CEO Hong Kong Ocean Union Group and Founder and Chief Architect, Health Valley, said: “The CEC and London Business School are helping enterprises who want to stand out from the crowd and enter international markets. This strategy is crucial to Chinese entrepreneurs who want to move forward and innovate successfully.”

The hare and the tortoise

Her inescapable economic rise has already seen China become the world’s second largest economy. She is now widely predicted to become the largest by 2030 and unprecedented growth in its gross national savings - forecast to reach £12tn within the next decade - is on track to equate to a third of total world savings.

Yet a recent survey by London Business School’s China Club found that almost half of business executives struggle to identify leading Chinese brands, despite the fact many of our favourite products are manufactured in China and Mandarin is now routinely taught in many western primary schools.

While the world may have experienced a dramatic shift in its economic centre of gravity, most Westerners are still trying to grasp the true physics behind it.

The survey of more than 1,000 business executives found that 45% were unable to correctly identify what Hisense - a leading Chinese consumer electronics brand - actually produces.

“Toyota and Samsung are quintessential Asian Tortoises: they crawled into the low end of a developed market and crept steadily to the top drawer.

“The tortoise moves slowly but inexorably over land. Its dome-shaped shell is thick and heavy to protect it from predatorial strikes. It is patient but persistent and its survival takes time and perseverance. Haier, South China Tire & Rubber and pearl River Piano have demonstrated that the tortoise strategy can work for Chinese firms.”

Western firms underestimate China’s brands and Chinese investment at their peril. This new hypothesis demands a deeper understanding of new, or as yet unknown, market players.

Many such brands will be on campus at London Business School on 1 November during the second joint European business schools’ Asia Careers Fair, an opportunity for hundreds of students to learn more about the possibility of pursuing MBA jobs in Asia.