China slowdown not solely to blame for market volatility

The slowdown in the Chinese economy is not solely responsible for current unstable worldwide markets, says LBS’s Linda Yueh 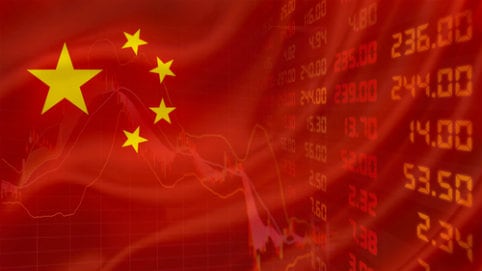 Investors and economists everywhere are worried about the interest rates of China, along with the US, says Linda Yueh, Adjunct Professor of Economics at London Business School (LBS), who explains that the situation is the result of a much more complex picture.

“Concerns about a slowdown in the Chinese economy amplify the sell-off of commodities.  In addition, new US energy production adds to the downward pressure on oil. Yet, in economic terms, there are positive fundamental changes to the world’s biggest economies.”

China’s new roadmap for growth is one of a middle-income country, with services now more than half of GDP for the first time and record levels of outward investment to Europe. It focuses on slower growth, which calls on the rest of the world to be patient throughout a period of adjustment.

She explains that negative interest rates across Europe, and also in Japan, weigh on bank stocks as they’re designed to force greater lending through penalising cash deposits in central banks. Concerns about lending to slowing emerging markets, hit hard by China’s slowdown and some by the end of the commodity boom, are another reason.

“NIRP, or negative interest rate policy, also indicates that central banks don’t have many conventional tools to stimulate the economy when they already inject cheap cash via quantitative easing. So, if there was another recession, there’s now less capacity than when interest rates were at previously normal levels of around 5%.

“Equity markets, which are viewed as a leading indicator of the economy at least in the US, are reflecting an underlying concern about the global economy. After all, after the Great Depression ended in 1933, there was a second recession from 1937 to 1938. It’s been eight years since the banking crash and Great Recession, but no parallels are perfect. This time, the two engines of the world economy bears watching.

“So, there was always going to be volatility when the Fed normalised interest rates. It’s compounded by the slowdown in China and continued easing in Europe and Japan.

“Each country is doing what they believe to be best for their economies. The sum total though is a risky period in the global economy.”