Breaking the rules can produce a natural 'high' in habitual cheaters, a study by experts from London Business School and other institutions has revealed. 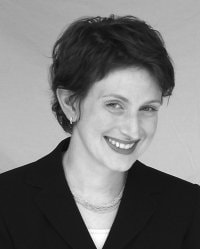 Celia Moore, Assistant Professor of Organisational Behaviour at London Business School, joined colleagues from the University of Washington, Harvard University and the University of Pennsylvania in a mission to find out how people react to their own unethical behaviour.

Perhaps surprisingly, the series of studies revealed that most cheaters’ moods got sunnier after cheating, and there was little evidence that negative emotions, including guilt, ensued after not playing fair.

Commenting on the findings, Dr Moore said: “Most moral theories are based on the idea that we curb our own unethical behaviour because we imagine how guilty we’d feel doing it. Our studies, dispiritingly, show the opposite, that cheating can boost our positive moods. However, our hope is that by acknowledging what actually happens when we do cheat, perhaps we can become more sophisticated at designing systems to reduce it.”

Subjects were asked to predict how they would feel about cheating before being asked to carry out some form of deception. Most predicted that they would feel bad, in keeping with common beliefs about immoral behaviour. However, after actually cheating, participants instead felt good after doing the deed. The "cheater's high" induced positive moods and feelings compared with those who did not break the rules.

The researchers said their findings could explain why unethical behaviour is so pervasive, adding: "Our documented pattern of results helps to explain otherwise puzzling unethical behaviour, such as the finding that people often cheat even for trivial sums of money."