More Brits are launching their own ventures while working, marking a shift in how people live and work 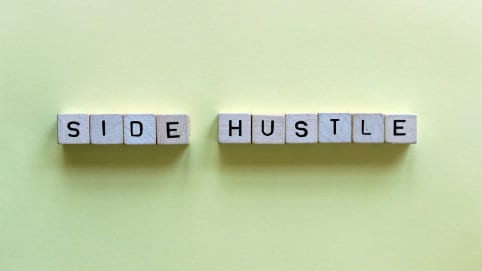 British society is starting to shift towards the changing work patterns that London Business School (LBS) professors Lynda Gratton and Andrew Scott explored in their book The 100-Year Life: Living and Working in an Age of Longevity.

In October 2017, news outlets reported that a fifth of UK employees were considering setting up a venture outside their usual day job. A study by internet domain registrar GoDaddy found that these so-called “side hustle” businesses made an extra £500 to £5,000 for more than half of those who set them up.

The findings reflect the research carried out by Lynda Gratton, Professor of Management Practice and Andrew Scott, Professor of Economics, on how people are living differently and becoming more entrepreneurial.

Younger generations are more likely to live to 100, leading to a move away from the traditional three-stage life of education, work and retirement. Instead, future generations will live and work more flexibly, starting their careers later in life, taking time out to raise families and launching their own ventures.

“The three-stage life that involves education, career and retirement will no longer apply for people with an increased life expectancy,” Professor Scott says. “When reaching their 40s or 50s, people will consider changing careers or becoming entrepreneurs, because they will spend more years in work than their parents.”

Professor Scott adds that technology will make some roles obsolete, leading to a rise in unemployment – and possibly more entrepreneurs. “There is little doubt that the next half century will be one of massive turbulence in employment as technology-fuelled, corporate and demographic change coalesce,” he says.

“Many of today’s jobs will disappear as software continues to eat the world. Other undreamed of roles may – or may not – take their place. That makes it hugely important to avoid [career] dead ends.”