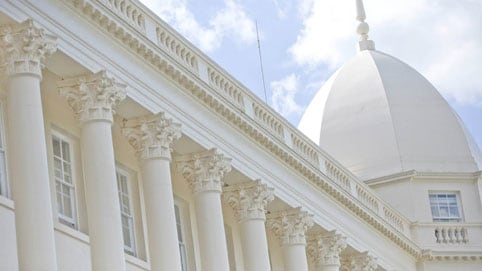 Two female business executives, Andreea Moldova, General Manager (Czech Republic and Slovakia) at Avon Cosmetics, and Yasmin Becker, Assistant Director at the Nursing and Midwifery Council, have been awarded £30,000 scholarships for London Business School’s Senior Executive Programme. This was the conclusion of an initiative, launched in August with the 30% Club, aimed at encouraging women in leadership positions with C-Suite potential. Current research indicates a much higher proportion of men participate in business school-led programmes; the 30% Club aims to address this imbalance.

Candidates for the 30% Club scholarship needed to either be responsible for a significant business area within such a company or be the CEO of a mid-sized organisation. Andreea and Yasmin both impressed the judging panel to such an extent that they found it difficult to choose between these two extremely talented professional women. The judges felt that both had shown resilience, skill, and most importantly amazing success in the face of adversity, and their achievements so far indicated they both had C suite potential. Originally meant for just one candidate, London Business School increased its commitment and provided two scholarships, such was the quality of the final candidates.

Despite a challenging business environment, Andreea managed to increase business flows in her two target markets over the last two years, whilst Yasmin is currently overseeing a large-scale, complex programme that will transform the way 680,000 nurses and midwives in the UK are regulated.

Sabine Vinck, Associate Dean of Executive Education, London Business School, said: “It is wonderful to see that this joint initiative with the 30% Club has generated so much interest in its first year. The finalists were absolutely outstanding. In fact, we couldn’t decide between the two front runners and decided to offer both of them the opportunity to attend our Senior Executive Programme. There is no better way to demonstrate our commitment to increasing female representation on our programmes.

“It was a privilege to meet both Andreea and Yasmin. The judging panel was impressed by their ability to drive major business transformations and to commit to professional development, while also remaining dedicated to their young families. Andreea and Yasmin will be wonderful ambassadors for the 30% Club Scholarship. We look forward to welcoming them to campus.”

Helena Morrissey CBE, CEO of Newton and Founder of the 30% Club concluded: “The 30% Club has sought to find ways to improve the pipeline of women for future senior executive roles and to help companies develop their female executive talent. We are incredibly appreciative of the generous support that London Business School is giving this initiative, which follows on the back of similar initiatives from Saïd Business School, University of Oxford and Henley for Executive MBAs for mid-career women. This scholarship will prepare our two winners who aspire to move into the C-Suite for their next role. The programme will equip them with a highly accredited business education, build confidence and skills and provide significant networking opportunities within a dynamic business forum.”