A London Business School economist has been awarded the first Carl Menger Prize in recognition of her contribution to monetary macroeconomic and policy research. 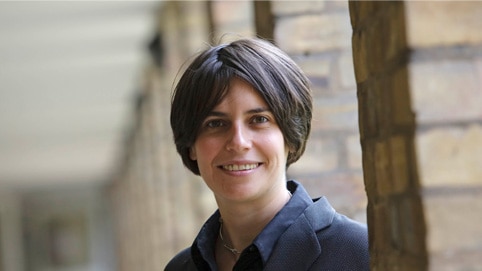 Hélène Rey, Professor of Economics, London Business School is an expert on determinants and consequences of external trade and financial imbalances, the theory of financial crises and the organisation of the international monetary system.

The German economics association Verein für Socialpolitik has introduced a new prize named after Carl Menger, Austrian economist and co-founder of the Austrian School of Economics. The Carl Menger Prize will be awarded every two years at the association's annual meeting to economists in recognition of excellent research into monetary macroeconomics, monetary policy and foreign exchange policy.

The prize is co-sponsored by the Deutsche Bundesbank, the Oesterreichische Nationalbank (OeNB) and the Swiss National Bank (SNB). It was awarded for the first time in September 2014 in Hamburg by Andreas Dombret, an executive board member at the Bundesbank.

Professor Rey says: “I’m delighted to be recognised with this new award celebrating the contribution of Europe’s economists to a global understanding of monetary macroeconomics and policy.”

To qualify for the prize, economists must teach at a European university and be no older than 45 at the time the prize is awarded. Nominees for the Carl Menger Prize are proposed by an expert panel with representatives of the three German speaking Central Banks and of the Verein für Socialpolitik.

Last month Professor Rey was also named by the International Monetary Fund (IMF) as one of the 25 most influential economists under 45 years of age, shaping our understanding of the global economy today.